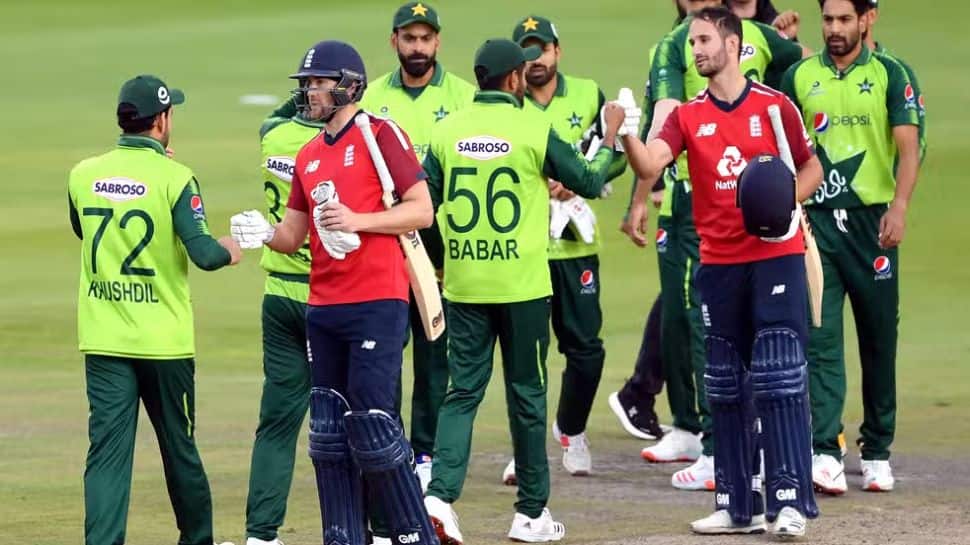 England will play seven T20Is from 20 September to 2 October in Karachi and Lahore in what will be their first visit of the country in 17 years, the Pakistan Cricket Board announced today. The National Stadium will host the matches on 20, 22, 23 and 25 September, before the action will shift to the cricket headquarters at the Gaddafi Stadium where the remaining three matches will be played on 28 and 30 September and 2 October. All matches will start at 1930 PKT.

_ Great news for fans as Pakistan are set to host England after 17 years! _

The seven T20Is will be part of the first leg of England’s tour of Pakistan and they will return after the ICC Men’s T20 World Cup Australia 2022 for three Tests in December.


The T20I series against the second-ranked side will launch Pakistan’s bumper international season. Following the September and December matches against England, Pakistan will host New Zealand twice – first for two Tests and three ODIs in December/January and then in April for five ODIs and five T20Is – West Indies for three T20Is in late January and finally the 50-over ACC Asia Cup.


Complete schedule of England Test series as well as New Zealand and the West Indies series will be announced in due course.


Zakir Khan, PCB Director International Cricket: “We are absolutely delighted to confirm hosting England for seven T20Is in Karachi and Lahore as a curtain-raiser to a busy, entertaining and exciting season of home internationals. England is one of the top-ranked T20I teams and them playing the shortest format in the lead up to the ICC Men’s T20 World Cup in Pakistan will not only help the team management to finalise their preparations, but will also set the tone for December’s three-Test series.


“We demonstrated our event planning and operational skills in the highly-successful series against Australia in March/April and I am confident we will be able to replicate these when England visit us for the first time since 2005. We have been able to confirm schedule of the T20Is following a successful tour by the England and Wales Cricket Board recce team, which was pleased and satisfied with all our arrangements.


“I am confident that the cricket fans, like they did in the series against Australia, will turn up in big numbers to support both the sides and also make our Diamond Jubilee celebration year an unforgettable one.”


Rob Key, ECB Managing Director England Men’s Cricket, said: “We are looking forward to returning to Pakistan and playing these seven T20Is as the team builds up to the ICC Men’s T20 World Cup.


“We would like to thank the PCB and the city authorities for all their ongoing assistance with planning for the tours, including hosting the recent pre-tour planning visit by ECB representatives and the PCA CEO.”