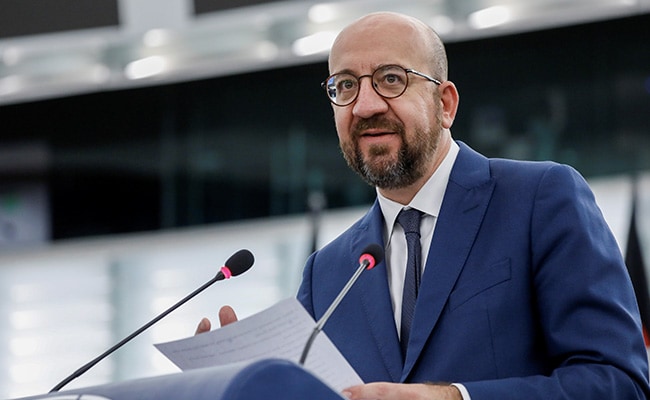 EU chief Charles Michel set off for Beijing on Tuesday, maintaining plans to meet President Xi Jinping despite the turmoil of large-scale protests in major Chinese cities against Covid lockdowns.

Earlier in the day, China’s top security body, the ruling Communist Party’s Central Political and Legal Affairs Commission, had called for a “crackdown” on the protests.

But Michel, president of the European Council that represents the 27 EU member state governments, stood by his plan to urge Xi to use his influence in Moscow to oppose Russia’s war in Ukraine.

“Charles Michel was invited by President Xi. When one is invited by the Chinese president, does one say ‘no’?” a European official asked rhetorically when queried about the timing of the trip.

Michel will also seek to discuss business ties, with EU capitals divided over the approach to take with China and Washington urging its Western allies to maintain their distance.

Michel will arrive in Beijing on Wednesday and meet Xi on Thursday before talks with the Chinese prime minister.

Last week a deadly fire in Urumqi, the capital of the northwestern region of Xinjiang, was the catalyst for a wave of outrage, with protesters taking to the streets in cities around China.

Beijing is the last major economy to still impose tight lockdowns to control the spread of Covid-19, and demonstrators blame the unpopular rules for hampering the fire rescue response.

RWAs To Get Political Powers If We Win Delhi Civic Polls: Arvind Kejriwal