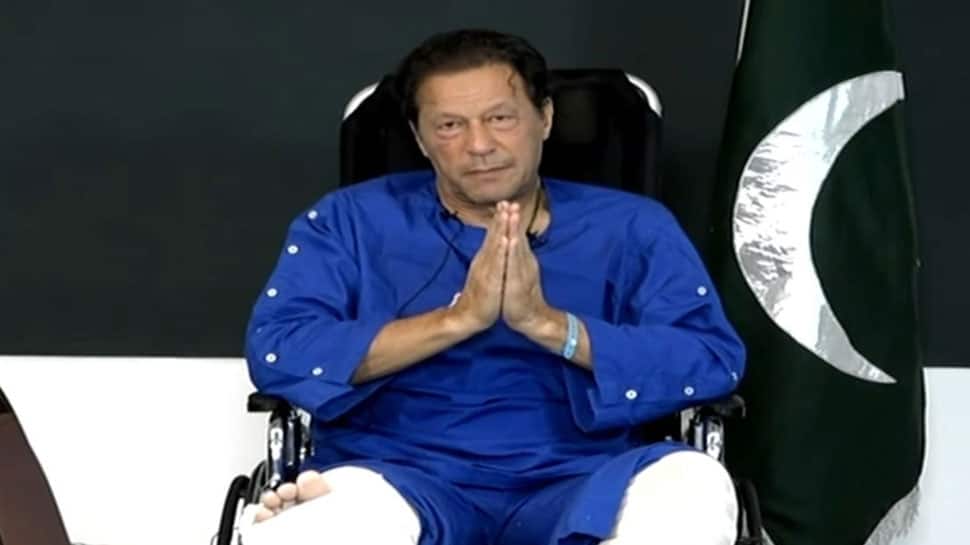 ISLAMABAD: Former Pakistan prime minister Imran Khan on Friday appeared in a new video from the hospital where he is under treatment after surviving an assassination attempt in Punjab’s Wazirabad town on Thursday and said that he already knew about the sinister plan to eliminate him.

The PTI chief said that he was hit by four bullets in the assassination bid in Punjab’s Wazirabad town. “I got to know the day before the attack that either in Wazirabad or in Gujrat, they planned to kill me,” Khan claimed in a video address from a Lahore hospital.


He was seen dressed in a blue hospital gown, a drip attached to his arm, and a cast on his leg, with the national flag in the background. The former prime minister is “out of danger”, while one of his supporters died in the attack and at least 13 others, including party leaders, were injured.


The arrested attacker has told the police on camera that he was acting on his own. “I was upset as he’s misleading people and weaning them away from Islam’s tenets,” he told the police but Khan and his party has blamed three men specifically: – PM Shehbaz Sharif, the internal security minister and a top General of the intelligence agency ISI.


However, the Shehbaz Sharif government has categorically denied any role in the conspiracy to eliminate him and promised a fair probe.