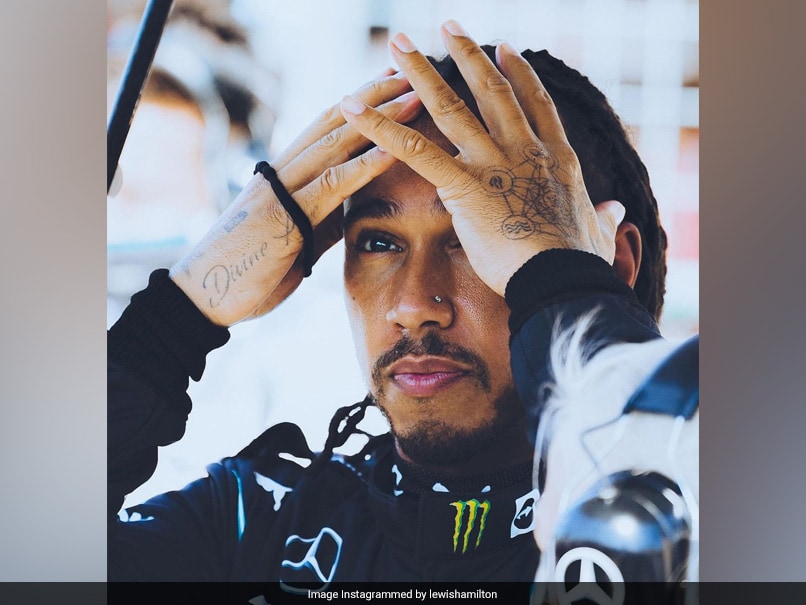 Lewis Hamilton on Thursday distanced himself from his Mercedes team’s request for a stewards’ review of a flashpoint incident in last Sunday’s Brazilian Grand Prix when Max Verstappen forced him off the track. Speaking to reporters ahead of this weekend’s inaugural Qatar Grand Prix, the defending seven-time world champion revealed he had not been part of the process and, instead, was preserving his energy. “I haven’t been part of it,” said Hamilton, who delivered a spectacular against-the-odds victory to trim his Red Bull rival’s championship advantage to 14 points, with three races remaining.

“Of course, I am aware of it and I am fully supportive of my team, but I am literally just trying to give all of my energy into this weekend, making sure we arrive and hit the ground running,” he added.

“I have no idea where they are going with the discussion or what could be the outcome. I am just not giving any energy or time at all,” he said.

Hamilton spoke during a round of news conferences ahead of Sunday’s race at the Losail International Circuit, being used by Formula One for the first time, where the review discussions were taking place.

The incident under scrutiny came on the 48th lap of the 71-lap contest in Sao Paulo as Hamilton attempted to overtake Verstappen for the race lead at turn four.

The Dutchman defended his position vigorously and both cars ran off the circuit and across a run-off area.

The race stewards reviewed the incident and decided to take no further action, but the later release of on-board video from Verstappen’s car led to Mercedes requesting the review, citing new evidence.

Hamilton passed Verstappen later in the race at the third attempt to win, having overcome combined penalties that meant he had in effect passed every other driver to triumph after having had his pole position lap in Friday’s qualifying annulled.

He explained on Thursday that he felt the incident was typical of a closely-fought battle for the championship and that he had no complaints.

“The reason I said that was because that is just the mentality you have to take. If you sit in the car and complain, it will only hold you back so in the moment I just had to keep moving forwards,” he said.

“Also, it is difficult to judge on something you have not seen all the angles. We looked at them and we have a different viewpoint now,” he added.

Asked to elaborate, he added, “Honestly, it is not something I really want to dive too much into. I haven’t looked at all of the angles, I have seen the on-board footage, for example, that came out.

“I am just trying to focus on the fact that we did something remarkable and unexpected… and just trying not to focus on any negatives. Right now, the team are in discussion, so I am just leaving them to it,” he said.

Verstappen was bullish in his responses to similar questions on Thursday and made clear he would take the same defensive actions again.

He said that if he had attempted to turn in and avoid any incident, he would have spun off.

“I didn’t need to look at the footage because I was driving the car so I knew exactly what happened,” he said drily, adding that he was “not really surprised” that Mercedes had launched a review process.

The Dutchman added that he was not concerned by the prospect of being handed a penalty that could reduce his points lead in the title race.

“I don’t even think about that,” he said.

“If it happens, it’s not the end of the world, but again I don’t expect that to happen because I thought it was fair and hard racing between the two guys who are fighting for the championship,” he concluded.