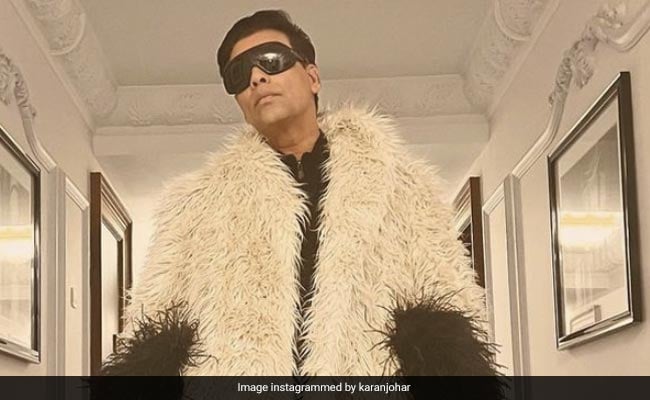 On Thursday, director Karan Johar shared a series of pictures on his Instagram handle. In the pictures, Karan can be seen dressed in Gucci feathered jacket. Sharing the post, Karan Johar wrote: “The corridors of Claridges and couture! In @gucci!” Reacting to the post, the filmmaker and his friend Farah Khan roasted him for his fashion choice. Farah Khan compared him with an Ostrich and wrote: “This ostrich outfit was crying out for a video,” along with a laughing emoji. To which Karan replied with a laughing emoji. Former actress and author Twinkle Khanna also wrote:”Love this look.”

Recently, Karan Johar posted a video of the kids where the two are having a fun time singing a few lines from the song Gehraiyaan.. The video starts with the filmmaker’s question, “One minute. What song are you singing?” KJo’s son and daughter begin singing. But they replace the word “Doobey” with “Doogey”.In the end, the son asks Karan Johar to “take a chill pill, daddy.”

On Yash and Roohi’s birthday, Karan Johar shared a video on his Instagram. Sharing the post, Karan wrote: “A birthday toodles is a must! The fashion critics are back to roast me! Happy birthday to the loves of my life!”