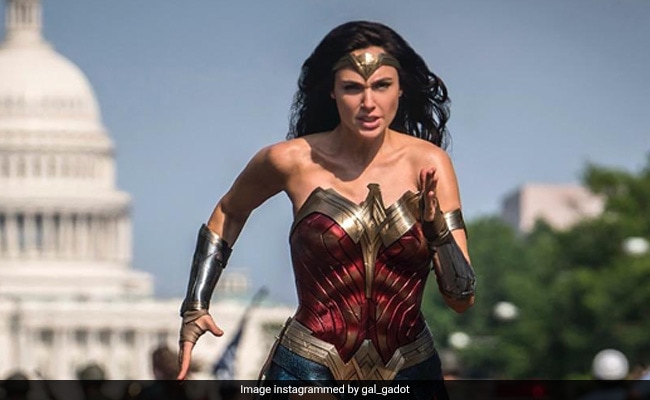 Hollywood star Gal Gadot on Tuesday said the team of Wonder Woman 1984 wanted to “raise the bar” with the upcoming superhero film, which has been the toughest acting job in her career till date. Wonder Woman 1984, a highly-anticipated follow-up to the 2017 DC superhero blockbuster, will see Gadot reprise her role as the Amazonian warrior Diana Prince/ Wonder Woman and director Patty Jenkins return at the helm. The sequel follows Wonder Woman facing two all-new foes: Max Lord, played by Narcos star Pedro Pascal, and The Cheetah aka Barbara Minerva, essayed by Kristen Wiig, known for Bridesmaids. Unlike other superhero movies that are heavily dependent on computer generated imagery (CGI) to execute high-octane stunt sequences, Wonder Woman 1984 mostly has real people pulling off the choreography, Gadot said.

“Most of the stuff you see in the film is real people doing the real thing, whether it is us or the stuntpeople. When you see it in the movie, you can tell it’s the real deal – be it the facial expressions, weight, movement and speed. It was the hardest movie I ever got to shoot by far but it was worth it,” the actor told reporters at the film’s virtual global press conference from Los Angeles.

The 2017 original stand-alone film, which critics and audience felt was much needed in the male-dominated superhero space, followed Diana’s journey as a sheltered Amazonian princess to a true warrior. Wonder Woman, both a critical and box office success, was received so favourably that there was no way the team was going to take any shortcuts, Gadot said.

“We wanted to raise the bar, give everything we have. We knew people were so much invested in and cared about the character,” she said, adding she wasn’t lucky enough to see a character like Woman Woman on screen while growing up. The final battle between Wonder Woman and Cheetah, Jenkins said, was one of the most unbelievably complex scenes for which they had to build an entire set from scratch. “There was no stage big enough in the world to execute it. We had Cirque du Soleil performers practising the moves and show us what they are going to look like and these guys have to end up doing it,” she added. The director said she and Gadot were clear from the outset that the fight scenes between Wonder Woman and Cheetah would be “completely different”. “They had a friendship in the past, it’s not about punching in the face. They are both trying to get the other one out of control. Narratively and spatially, it was fascinating, and executing it was long, laborious, and wild.”

“Everything was well planned and intentional,” added Wiig, who plays the awkward gemologist Barbara-turned-apex predator Cheetah. Mostly known for her comedic turns, Wiig said, playing a villain was a “scary but fun experience”. “I don’t really get asked to do these kinds of things. I’m a superhero geek. I haven’t done anything like this before. We really didn’t want her to be a mousy girl turned villain. We wanted it to be – what is it about her that makes her so lonely, invisible and what does she want?” she added.

Pascal said he went through “the Patty Jenkins experience” while playing Maxwell, a charismatic businessman with a hidden agenda. “It has to be complete, have all the risks, and humanity, no matter how dark the character is. I definitely didn’t know if I’d be able to get in there. I owe it to my director if it worked. “It was scary and thrilling to do something that is a lot closer to me… the exposed desperation, instead of a brute with a moustache,” he added.

Recalling the time she saw the opening sequence of Wonder Woman 1984, Gal Gadot said she was “deeply moved” to see her younger on-screen self resonate strongly with her real eight-year-old self. “That’s when I realised the power of these movies. I’m a big believer that when you see it, you think you can be it and then you become it. Now seeing how this character affects my daughters, and also boys and men, it is so powerful,” she added.

While the first film was about the birth of Wonder Woman and her discovery of humanity, the sequel is explores how she lives with this humanity. “She is trying to teach everyone she encounters how to be their better self. (But) She is not perfect either. Being a hero is not an easy thing. That was what I was interested in,” Jenkins said. The film will also see Chris Pine return as Captain Steve Trevor, who had presumably died during the events of the first movie set in 1918, along with Robin Wright as Antiope, and Connie Nielsen as Hippolyta, Diana’s aunt and mother, respectively.

Pine said reprising his role of Steve as a man who reappears after over six decades was like playing “a proverbial fish out of the water”, whom Diana helps adjust to the new world in what is a role swap from the first film. “It was a bit harder than I expected. It is something usually played by the woman and we played with those tropes in the first film. The greatest acting challenge of all time is to pretend to be a child in a world seeing everything (for the first time). “In the first film, Steve is the audience who sees Woman Woman fly with a lasso and do all sorts of crazy stuff. He begins to believe just like the audience members what it means to be compassionate,” he said.

Wonder Woman 1984 is slated to be released in Indian cinemas on December 24 in English, Hindi, Tamil and Telugu. Presented by Warner Bros Pictures, the film is an Atlas Entertainment/Stone Quarry Production.