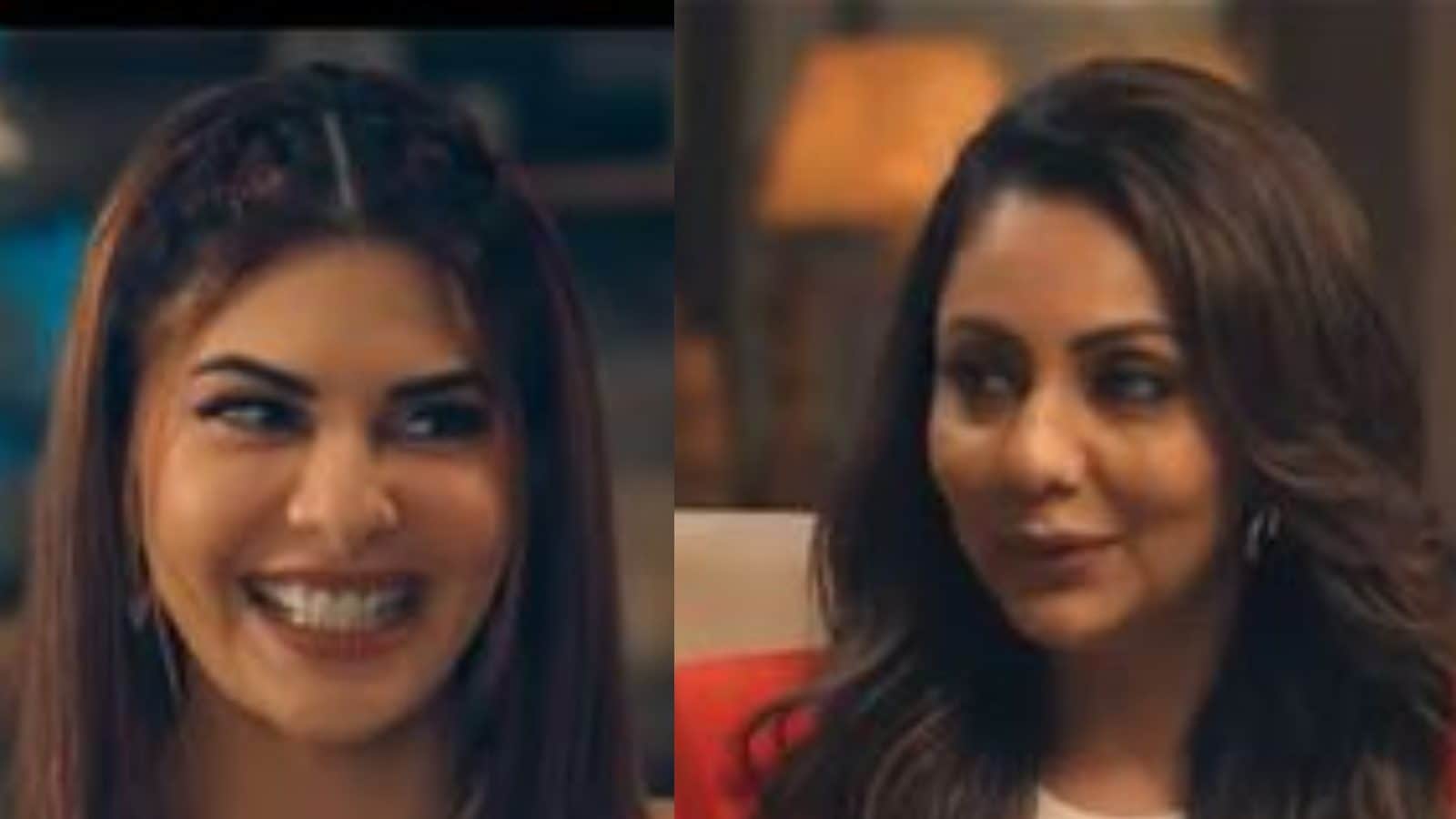 Bollywood’s diva Jacqueline Fernandez has been staying lowkey for quite a long time. A while ago, she was making headlines for being involved in a money laundering case with conman Sukesh Chandrasekhar. Now, the actress recently marked one of her rare appearances in Gauri Khan’s show Dream Homes. It is the first time the actress collaborated with the interior designer Gauri. In the latest promo of the show, Jacqueline can be seen engaging with Gauri. They are both conversing about redesigning Jacqueline’s bedroom.

There are snippets of Gauri and Jacqueline talking in the video. The actress’s all-white bedroom, which has an antique queen-sized wooden bed, is also shown up close. The wooden flooring of the room, all-white walls, a bedside table, and a window, all go well together. A vintage bedroom bench with books and other decorations on top is also present in the space.

In the video, one can see Gauri Khan asking Jacqueline, “So, what are we designing? Which space?” Post which, Jacqueline expresses her excitement and says, “The other night also I was thinking that I need to get in touch with Gauri.” Gauri then claims to give the space a makeover, something that Jacqueline has never had. The video also showed glimpses of Gauri brainstorming. It concluded with Jacqueline stepping into her revamped bedroom, and she looked awestruck.

Jacqueline Fernandez is not Gauri’s first celebrity client. She has previously worked with Malaika Arora, Manish Malhotra and Kabir Khan as well. Prior to this, Gauri appeared in Koffee with Karan season 7 and Fabulous Lives of Bollywood Housewives.

As for Jacqueline, the actress has several films in the pipeline. She will be seen alongside Akshay Kumar and Nushrratt Bharuccha in Abhishek Sharma’s directorial, Ram Setu. The theatrical release of the film is slated for October 25, this year. Following this, she will star in a movie which will release in December 23, Cirkus. The film helmed by Rohit Shetty will also star Deepika Padukone, Pooja Hedge and Ranveer Singh, among others. Jacqueline also has Radhe Krishna Jagarlamudi’s directorial Hari Hara Veera Mallu in her kitty.