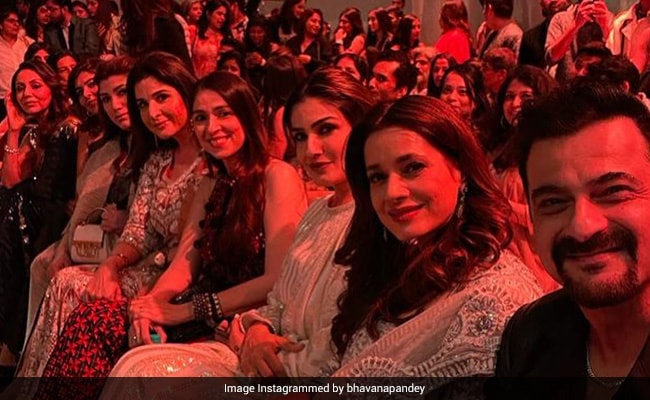 The actor touched his mother’s feet and then went on to greet the other members of the front row during his ramp walk before heading back to accompany his wife.

Take a look at the video below:

Bhavana Panday, actor Chunky Panday’s wife, shared a glimpse of all those sitting in the front row. Gauri Khan, Maheep Kapoor, Raveena Tandon, Neelam Kothari and Sanjay Kapoor are featured in the image. In the caption, she wrote: “Wearing Manish Malhotra World for his fabulous show l!!! Thank you.”

Deepika and Ranveer wore Manish Malhotra ensembles as they celebrated 10 years of the designer’s fashion show. As showstoppers, they marked their debut runway in style. Take a look at these pics of Ranveer and Deepika.