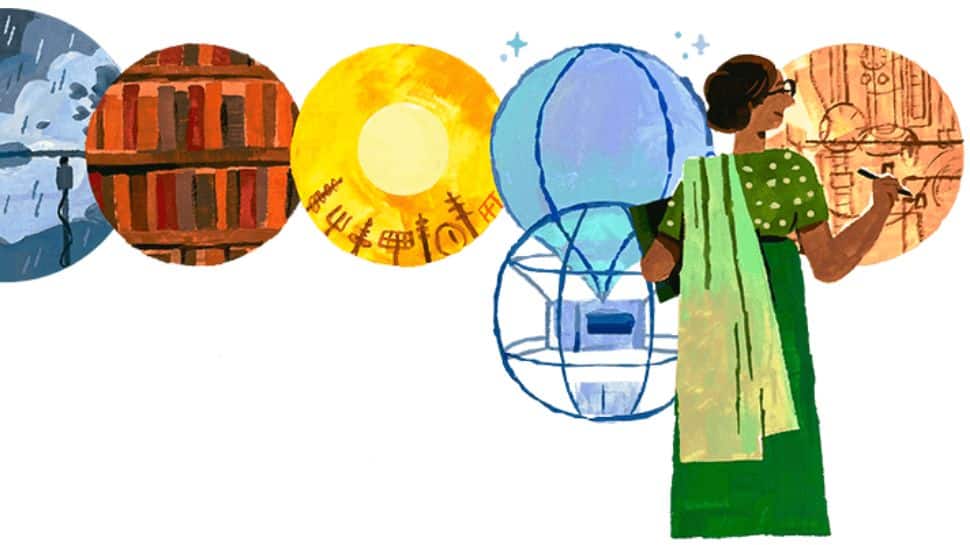 Anna Mani’s Birth Anniversary: Google on Tuesday (August 23, 2022) celebrated the 104th birth anniversary of renowned Indian physicist and meteorologist Anna Mani, one of the country’s first female scientists, with a special Doodle. Born on this day in 1918, Anna Mani was known for her work and research that made it possible for India to make accurate weather forecasts.


An avid reader all her life, Mani, who was also known as the ‘Weather Woman of India’, grew up in the former state of Travancore (present-day Kerala). After high school, she did her Intermediate Science course at Women’s Christian College (WCC) and went on to complete a Bachelor of Science with honours in physics and chemistry from Presidency College, Madras.

She gave us gadgets to measure weather, and laid the groundwork for renewable energy.

After graduation, Anna Mani taught at WCC for a year and won a scholarship for post-graduate studies at the Indian Institute of Science, Bangalore. She then, under the guidance of Nobel Laureate Sir CV Raman, studied spectroscopy, specializing in diamonds and rubies.

Mani published five papers, completed her Ph.D. dissertation between 1942 and 1945, and also began a graduate program at Imperial College, London, where she learned to specialize in meteorological instrumentation.

Anna Mani began working for the India Meteorological Department upon her return to India in 1948, where she helped the country design and manufacture its own weather instruments. In 1953, she became head of the division and under her leadership, more than 100 weather instrument designs were simplified and standardized for production.

In 1987, she won the INSA KR Ramanathan Medal for her remarkable contributions to science.


After her retirement, Mani was appointed as a Trustee of the Raman Research Institute in Bangalore.