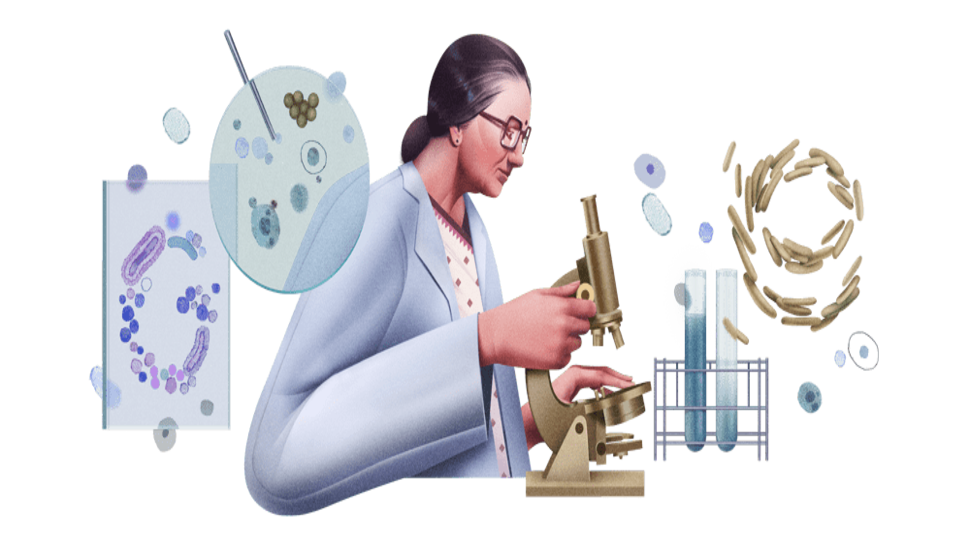 New Delhi: Google on Monday (November 8, 2021) dedicated a special doodle to Indian cell biologist Dr Kamal Ranadive to mark her 104th birth anniversary. The global search engine celebrated Ranadive’s birthday as she is known for her groundbreaking cancer research and devotion to creating a more equitable society through science and education.

Kamal Samarath, better known as Kamal Ranadive, was born on November 8 in 1917 in Pune.

Google stated that her father’s encouragement to pursue a medical education inspired Ranadive to excel academically, but she found her calling in biology instead.

“In 1949, she received a doctorate in cytology, the study of cells, while working as a researcher in the Indian Cancer Research Center (ICRC). After a fellowship at Johns Hopkins University in Baltimore, Maryland, USA, she returned to Mumbai (then Bombay) and the ICRC, where she established the country’s first tissue culture laboratory,” the American tech company said.

Dr Ranadive, notably, was among the first researchers in India to propose a link between breast cancer and heredity and to identify the links among cancers and certain viruses. She also studied Mycobacterium leprae, the bacterium that causes leprosy, and aided in developing a vaccine.

In 1973, Ranadive along with her 11 colleagues founded the Indian Women Scientists’ Association (IWSA) to support women in scientific fields.

After retiring in 1989, she worked in rural communities in Maharashtra, training women as healthcare workers and providing health and nutrition education.

The IWSA now has reportedly 11 chapters in India that provide scholarships and childcare options for women in science.

“I got a chance to delve deep into her life and work, to understand her brilliance in the field. Not just work but also how she was as a person, which wouldn’t have crossed me otherwise,” Rayintakath expressed on why was this topic meaningful to him personally.