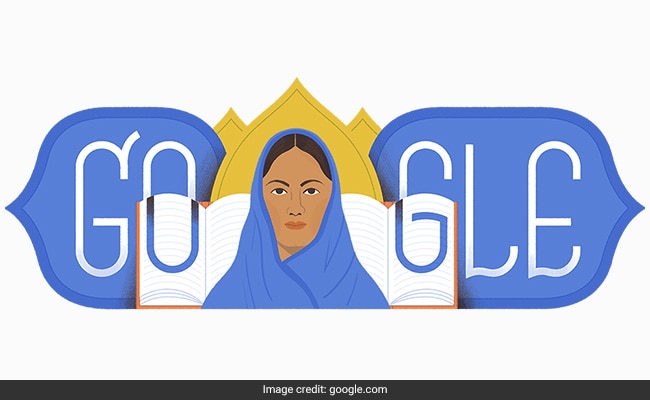 Fatima Sheikh was born on this day in 1831 in Pune

Google is today celebrating educator and feminist icon Fatima Sheikh, who is widely considered to be India’s first Muslim woman teacher, with a doodle. Sheikh, alongside fellow pioneers and social reformers Jyotirao and Savitribai Phule, co-founded the Indigenous Library in 1848, one of India’s first schools for girls.

Fatima Sheikh was born on this day in 1831 in Pune. She lived with her brother Usman, and the siblings opened their home to the Phules after the couple was evicted for attempting to educate people in lower castes. The Indigenous Library opened under the Sheikhs’ roof. Here, Savitribai Phule and Fatima Sheikh taught communities of marginalized Dalit and Muslim women and children who were denied education based on class, religion, or gender.

As a lifelong champion of this movement for equality, Sheikh went door-to-door to invite the downtrodden in her community to learn at the Indigenous Library and escape the rigidity of the Indian caste system. She met great resistance from the dominant classes who attempted to humiliate those involved in the Satyashodhak movement, but Sheikh and her allies persisted.

The Indian government shone new light on Fatima Sheikh’s achievements in 2014 by featuring her profile in Urdu textbooks alongside other trailblazing educators.