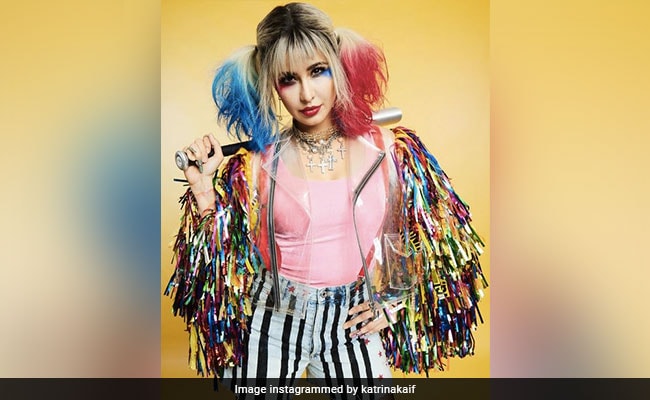 It’s Halloween, and Bollywood celebs are busy celebrating the spooky festival. Recently, Katrina Kaif, who is busy promoting her upcoming film horror-comedy Phone Bhoot, took a break to celebrate the festival. The actress shared a stunning picture of herself in which she recreated Margot Robbie’s Harley Quinn look from the movie, The Suicide Squad. Sharing the post, the actress wrote, “It’s Halloweennnnnn  #harleyquinn #Halloweenwithphonebhoot #phonebhoot” Soon after she shared the post, her fans flooded the comment section. A fan wrote, “Best HQuinn I’ve ever seen,” while another wrote, “LOVE!!!!!! Yes Katrina!!! Yes! We want to see more of you like this!!” A fan wrote, “Waiting for Vicky Kaushal to be the Joker to his Quinn…”

Katrina Kaif has been on a promotional spree with her Phone Bhoot co-stars Ishaan Khatter and Siddhant Chaturvedi and has been sharing a closer look at her OTTD. A few days ago, she shared a post in which she can be seen sporting a beautiful saree with sneakers. Sharing the post, she wrote, “Ragini’ s day out”

Helmed by Gurmmeet Singh, in the Phone Bhoot, Katrina will be playing the role of Ragini, a ghost, while Siddhant and Ishaan will be the ghostbusters. Produced by Farhan Akhtar and Ritesh Sidhwani, the movie is slated to release on November 4.