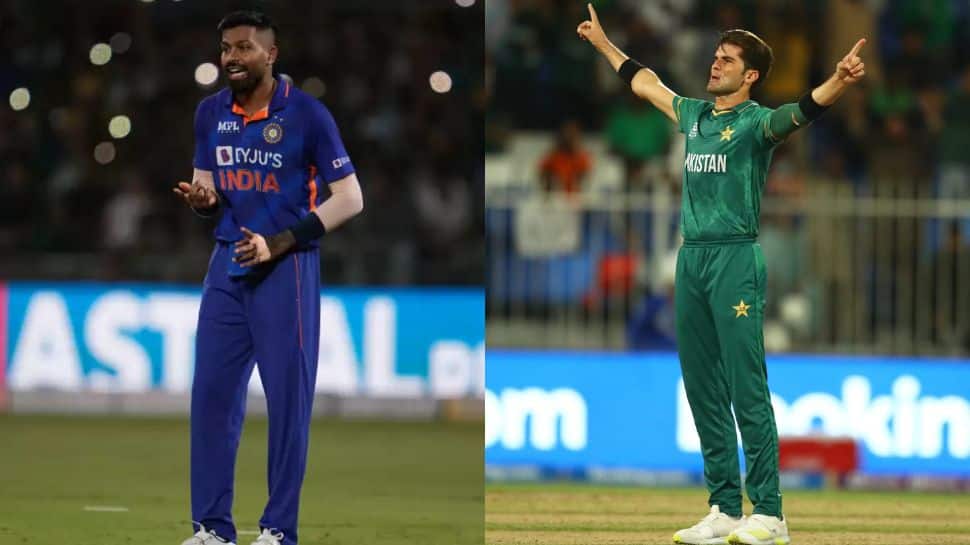 Talismanic India all-rounder Hardik Pandya is one of the best cricketers in the Indian set-up. Ever since his comeback into the Indian squad after injury, he has proved time and again that there is no better all-rounder than him in the Indian circuit. In India’s first match against Pakistan in the Asia Cup 2022 at the Dubai International Stadium on Sunday, Hardik picked three crucial wickets for Team India to put his side on the top. Hardik removed Mohammad Rizwan, Iftikhar Ahmed and Khushdil Shah in his spell where he gave 25 runs in four overs.


Hardik removed Ahmed in the 13th over with a short ball outside off stump, Dinesh Karthik took a superb catch behind the stumps, and then he took the all-important wicket of M Rizwan who was racing towards his fifty. Hardik took his third wicket in his final over where he again bowled a short ball to dismiss Shah.

What a spell by Hardik Pandya, one of the MVPs in limited overs in world cricket, 3 for just 25 runs from 4 overs against Pakistan. pic.twitter.com/gKP7RsBAfX
— Johns. (@CricCrazyJohns) August 28, 2022

Hardik Pandya tonight – 3/25 in 4 overs. What an outstanding spell by Hardik. He’s proving again and again why he’s such an important member of the team. A world class cricketer currently in the world!

In Asia Cup, 4 years apart. Hardik Pandya – THE MAN of the MOMENT.#INDvPAK pic.twitter.com/XH632KtEng