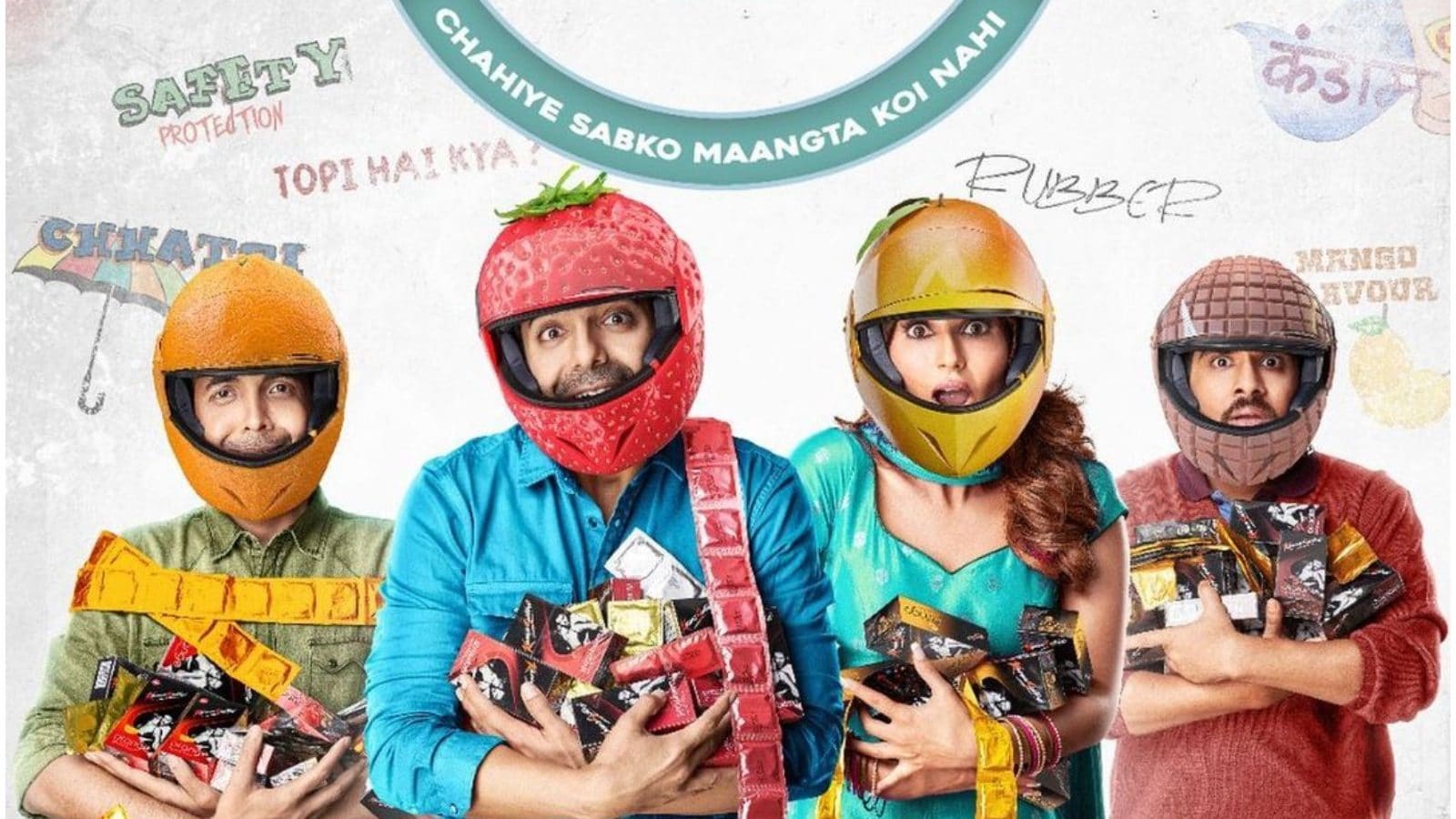 Satramm Ramani’s Helmet, ZEE5’s latest offering, is no better than a badly produced ad film for condom propagation. Ramani’s work is the ultimate in what a movie should not be, never be, in fact. Coming after films like Vicky Donor on sperm donation and Shubh Mangal Saavdhan on erectile dysfunction, both headlined by Ayushmann Khurrana, which spoke about intimate subjects with utmost sensitivity, carefully avoiding vulgarism, Helmet appears really disappointing. A novel premise, though, completely wasted by ham-handed treatment.

Shoddily scripted, Helmet sinks into unimaginable depths in just about every field. Performances are poor, and Aparshakti Khurana, who plays the hero of Helmet, Lucky, literally sleep walks through his role as one whose intense romantic feelings for the rich Rupali (Pranutan Bahl) take a beating from her sarcasm-oozing father. The young man is ridiculed for his lack of education and decent livelihood – pushing him to the precipice of pain. He plays in a marriage band, a profession that is low down in social hierarchy.

Besides, the movie is out of sync with modern India. People are not hesitant to buy a pack of condoms from a pharmacist, no way. I have seen even young women ask for one without flinching, but Lucky, “ordered” by Rupali to get a condom (or no sex please, she is firm) enters a medical shop and picks up a bottle of shampoo, a packet of biscuits and what not only to return without what he was supposed to have stepped out for.

Anyway, with Rupali’s marriage to a rich Harvard guy looming ahead, a not-well-to-do Lucky hits upon a plan make a quick buck by stealing mobile phones from a transporting truck. He gets his two buddies, Sultan (Abhishek Banerjee) and Minus (Ashish Verma), to go along for the heist that turns into a comedy of errors. When the trio open the stolen cardboard cases, they find hundreds of condom packs. Why not sell them, they wonder, hoping to make the best of a bad bargain.

The writing just goes haywire from this juncture, with barbers and a motley group of men all roped in to sell Lucky’s loot from a fictitious firm he sets up, naming it Helmet. He and his pals dash about in two-wheelers donning a helmet, which serves both as publicity for their condoms and a shield to hide their identities. Obviously, they do not want anybody to spot them selling condoms, which they presume is a shameful means of earning money. Woven into these boxes of condom are silly stories like sex without the fear of pregnancy and the pleasure of this all. Women come cuddling to their husbands at the sight of a pack! Can it get any worse?

The climax, when it comes, is so unbelievable that it just knocks you down — and Helmet does not help!