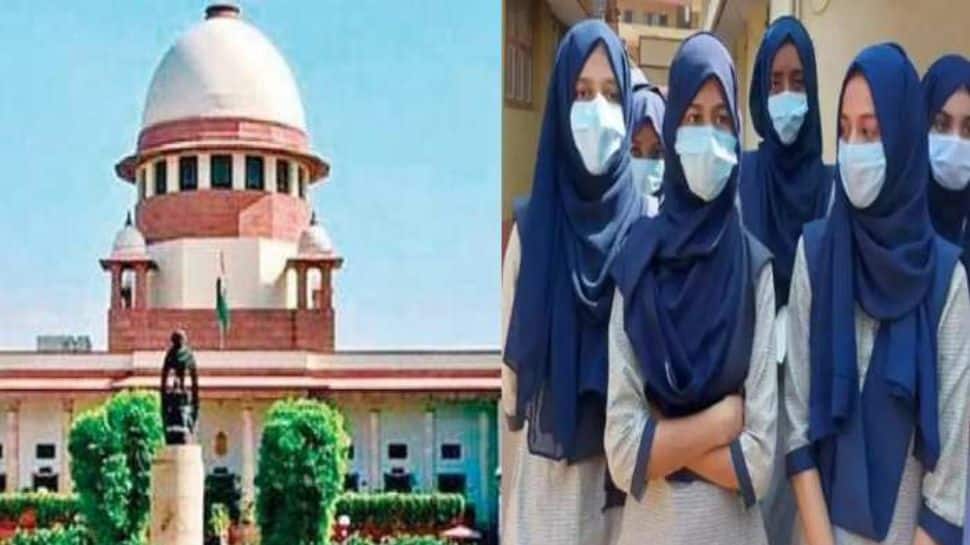 New Delhi: The Karnataka government on Wednesday told the Supreme Court that there is no restriction on wearing hijab on the school campus, and it is only restricted in the classroom while defending its decision to disallow hijab in classrooms of pre-university colleges. It also emphasized that it has not touched on any “religious aspect” in the hijab ban row. Advocate General Prabhuling K. Navadgi, representing the Karnataka government, contended before a bench of Justices Hemant Gupta and Sudhanshu Dhulia that it has never happened in Karnataka that a group of students came to school in hijab and began banging on the gates.


As the bench queried if it started in one school and then spread, Navadagi said yes. “There was a possibility of a public order issue,” he said and emphasised that restriction on hijab was only in the classroom and when it was asserted militantly that they want to wear hijab and retaliated by others, it became a concern. He said that it has to be demonstrated that wearing of hijab is a right to expression and the right to privacy is still evolving jurisprudence and can’t be exercised in all zones.

The AG said France has prohibited the hijab and the women there have not become any less Islamic. “Much hue and cry is made by saying that hijab is banned. Let me clarify, hijab is not banned and the state never intended,” he said.


Navadgi submitted assuming wearing of hijab is a religious practice ordained in Quran and every mundane activity connected with the religion can’t be an essential religious practice. He added that if it were to be accepted that whatever is said in the Quran is essential, it will defeat the tests of essentiality.


Citing Article 51A(j) of the Constitution, the AG contended that one should rise above religious identity to become part of one group, and the right to wear a dress cannot be absolute.

Navadagi said the state only wants to inculcate discipline in students by regulating uniforms and any restrictive effect on rights under Article 19 of the Constitution is “incidental” and it cannot be a ground to invalidate the law.


The top court will continue to hear arguments on Thursday on petitions challenging the Karnataka High Court verdict refusing to lift the ban on hijab in educational institutions of the state.