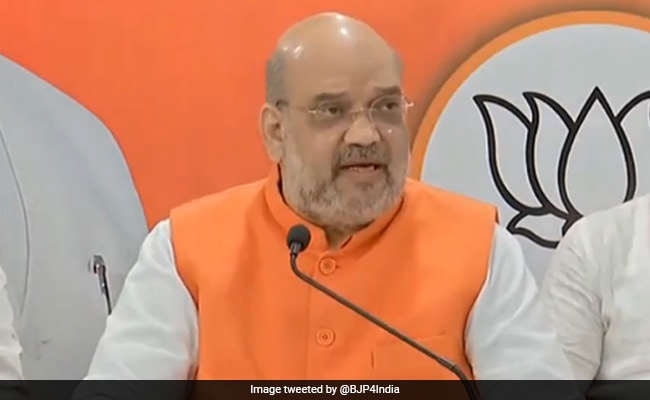 Union Home Minister Amit Shah today said Prime Minister Narendra Modi had worked hard to revive the economy in recent months and due to that, he hoped, India’s GDP will spring back into positive territory after shrinking for two quarters on the trot.

“As prime minister, Narendrabhai used the time of COVID-19 pandemic to visualise policy-making, keeping in mind its long-term impact on the economy,” Mr Shah said, according to a PTI report.

“As a result, in terms of the recent GDP figure, we are only six per cent behind…and I hope that in the next quarter, the GDP will be in plus (positive),” Mr Shah said.

He was speaking after inaugurating two road over-bridges in Ahmedabad virtually.

India’s GDP had contracted by a record 23.9 per cent in the April-June quarter of fiscal 2020-21 as the coronavirus lockdown dragged economic activity down. In the July-September quarter, however, the economy recovered faster than expected – a pick-up in manufacturing made sure the GDP contracted only 7.5 per cent, official data released recently shows.

Without wasting a second, Mr Shah said, the Prime Minister had worked on reforms in many areas such as farm sector, electricity, and industrial policy, to create a system to maintain the pace of development. He also cited the Rs 20 lakh crore package offered by the government for the welfare of the poor and boost the economy.