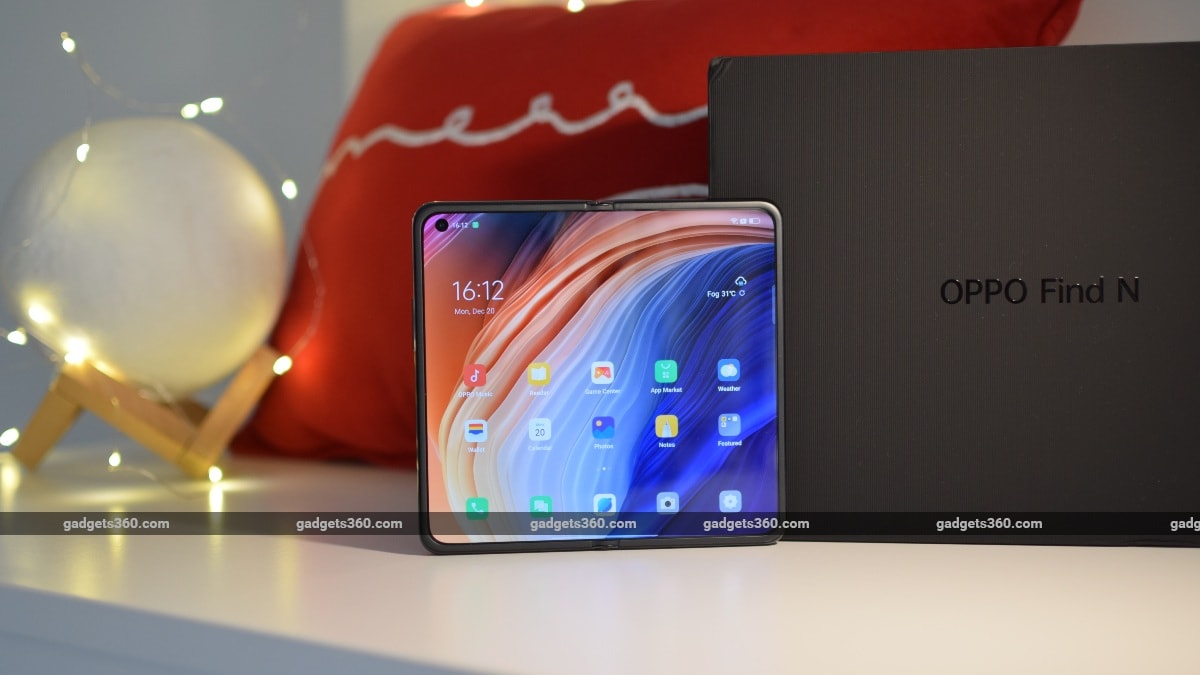 Oppo Find N has debuted as the company’s first foldable phone. The smartphone is claimed to be a result of four years of research and development and the final product coming out of six generations of prototypes. Oppo also touted to have used a list of refinements on the Find N to deliver a better foldable experience. The phone appears to be a strong competitor against the Samsung Galaxy Z Fold 3 that was launched as the third iteration of the Galaxy Fold earlier this year.

To talk about the Oppo Find N and how it is standing against the Samsung Galaxy Z Fold 3, host Akhil Arora speaks with Reviews Deputy Editor Roydon Cerejo and Senior Reviewer Aditya Shenoy on this week’s episode of Gadgets 360 podcast Orbital.

Roydon got a chance to spend some time with the Oppo Find N. He talks about the key features the phone offers. One of the most significant ones is the large-enough OLED cover display that comes in 5.49-inch size and has 18:9 aspect ratio. This makes it a perfect phone to use when folded. It is better when compared with the Galaxy Z Fold 3 that delivers a 24.5:9 aspect ratio and appears more like a pencil box — thanks to the slim and tall appearance.

When unfolded, the Oppo Find N brings a 7.1-inch LTPO display that has a 120Hz refresh rate. The folding display brings a screen-to-body ratio of 90.7 percent. There is also a proprietary Flexion Hinge design that is claimed to leave no gap between the two sides of the folding display.

The custom hinge addresses the problem of showing a crease at the centre of the folding display when unfolded. It enables the phone to appear like it is featuring a one flat seamless screen. This is unlike the Galaxy Z Fold 3 — and most of the other foldables available in today’s market — as a crease is visible when you unfold the phone and take your finger somewhere at the middle.

In addition to the new hardware, Oppo has brought a list of customisations to the software side of the Find N to leverage its foldable form-factor. There is gesture support to enhance multitasking on the folding display. You can also split the keyboard into two different parts for easy typing.

The Find N works more like a mini tablet when you unfolded. However, it is thicker and heavier than a regular premium smartphone. This is something that exists with the Galaxy Z Fold 3 as well.

Oppo has packed the Find N with a 4,500mAh battery that supports 33W SuperVOOC wired charging as well as 15W AirVOOC wireless charging and 10W reverse wireless charging. The phone also packs a total of five cameras, including a triple rear camera setup and two selfie cameras — one on the cover display and the other one on the inner screen.

We talk about the camera experience and other details in our over half-an-hour conversation. You can listen to it by hitting the play button on the Spotify player embedded above.

In case you are new to our site, you can find the Gadgets 360 podcast on Amazon Music, Apple Podcasts, Google Podcasts, Gaana, JioSaavn, Spotify, and wherever you get your podcasts.

Don’t forget to follow/ subscribe to Orbital wherever you’re listening. Please also rate us and leave a review.