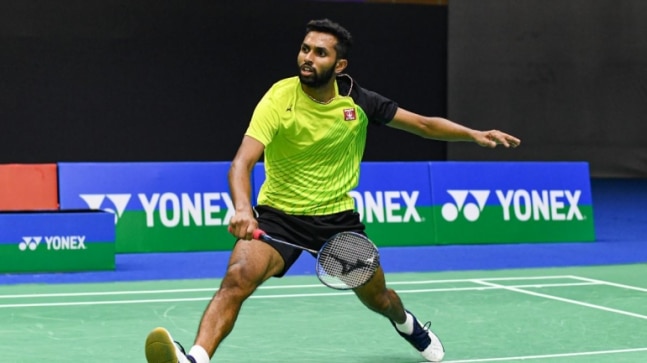 HS Prannoy, who is leading the race to the World Tour Finals, rose to No. 16 in the men’s singles rankings. He is currently the 3rd in the list of Indians with Laksya Sen leading the pack.

HS Prannoy moved to No. 16 in the BWF men’s singles rankings (AP Photo)

India’s HS Prannoy jumped to the 16th spot in the BWF World Rankings released on Tuesday, September 13 as the star shuttler was rewarded for his consistent performances on the tour. Prannoy climbed two places in the men’s singles charts.

Prannoy, who missed a ticket to the Commonwealth Games due to his ranking as the 3rd best Indian men’s singles shuttler, has been the most consistent shuttler on the tour despite not having a title to show for it. The Indian shuttler, who played a key role in India’s Thomas Cup victory, reached back-to-back quarterfinals at the Japan Open and the BWF World Championships.

Prannoy had recently become the top-ranked player in the Race to Guangzhou Rankings, which decides the qualifiers for the season-ending World Tour Finals. He leads the pack with Olympic and world champion Viktor Axelsen at the second spot.

Prannoy is slowly but steadily challenging Lakshya Sen and Kidambi Srikanth for the top two spots in the Indian men’s singles circuit. Srikanth also jumped 2 spots to move to No. 12 in the men’s singles rankings on Tuesday.

Lakshya Sen continues to the highest-ranked Indian men’s singles shuttler at No. 9.

SINDHU RISES TO No. 7

PV Sindhu, who had skipped the world championships and Japan Open due to an injury, gained a spot to move to NO. 7 in women’s singles rankings.

In men’s doubles, Chirag Shetty and Satwiksairaj Rankireddy, who claimed their maiden gold at Commonwealth Games and a first-ever bronze at World Championships, retained their spot at world No. 8.