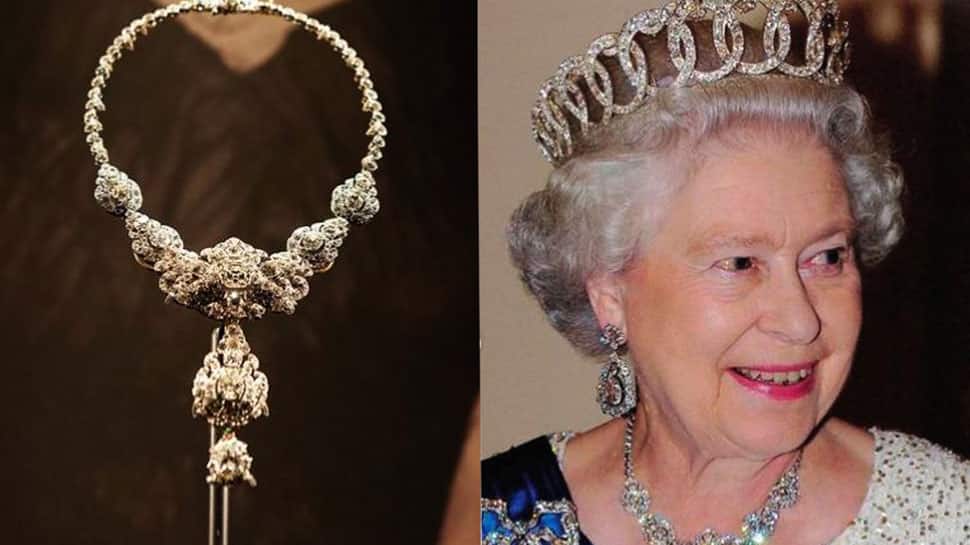 LONDON: Queen Elizabeth II, who passed away at the age of 96, was known to be possessing several valuable gems and pieces of jewellery in her collection, including the 105-carat diamond ‘Kohinoor’, but not many know that she was also a proud owner of an iconic platinum necklace set studded with approximately 300 diamonds.


The Nizam had given clear instructions to the famous French luxury brand, Cartier in London that Princess Elizabeth should select a wedding gift herself. Finally, this platinum necklace set with approximately 300 diamonds was chosen.


On several occasions, the late British Monarch was photographed adorning the platinum necklace throughout her reign. She later loaned it out to the Duchess of Cambridge, Kate Middleton, who wore it at the National Portrait Gallery in 2014 and a Diplomatic Corps reception in 2019.


Instagram post by the official account of The Royal Family wrote: “Just days after Her Majesty’s Accession to the throne in February 1952, photographs of the new Queen were taken by the society photographer Dorothy Wilding. These now iconic images were used as the basis of The Queen’s image on stamps, as well as providing the official portrait that was sent to Embassies and Regiments all over the world.”

“Her Majesty wears a Norman Hartnell satin evening dress with the insignia of the Order of the Garter, the George IV Diamond Diadem and a diamond bracelet that was a wedding gift from The Duke of Edinburgh. The necklace was given to then Princess Elizabeth as a wedding present in 1947 from the Nizam (ruler) of Hyderabad. The Nizam left instructions with the firm of Cartier in London that Princess Elizabeth should select a wedding gift herself, and this platinum necklace set with approximately 300 diamonds was chosen. Her Majesty has continued to wear the necklace throughout her reign and has also loaned it to The Duchess of Cambridge.”

Queen Elizabeth II, who died on Thursday at her summer residence in Scotland at age of 96, had the rare distinction of meeting 13 US Presidents during her reign spanning more than seven decades. With her passing away, the UK is observing a 10-day mourning period from Friday, with bells tolling around Britain and 96-gun salutes planned in London, one for each year of the queen’s long life. People around the globe gathered at British embassies to pay homage to the queen, who died Thursday in Balmoral Castle in Scotland.


Hundreds of people arrived through the night to leave flowers outside the gates of Buckingham Palace, the monarch’s London home, or simply to pause and reflect.