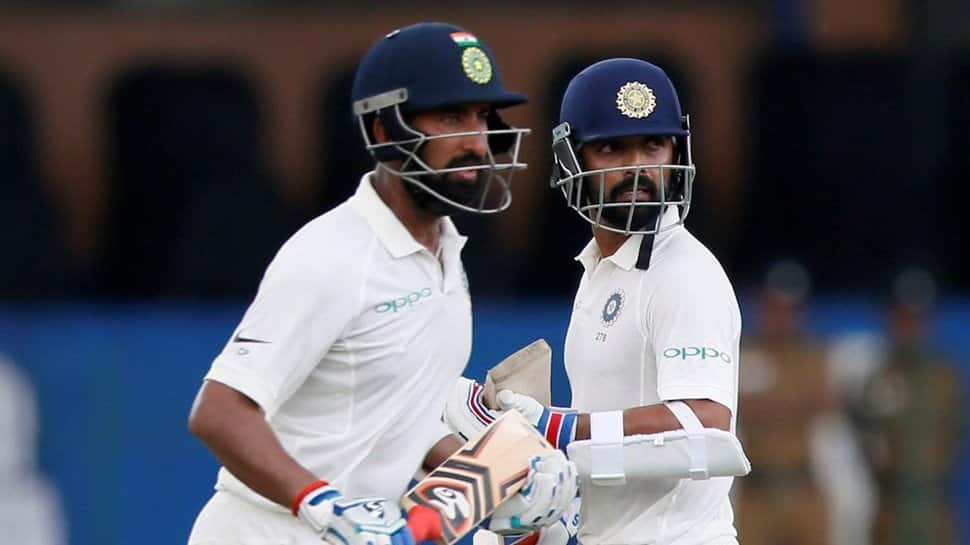 A big day of Test cricket awaits for both India and Australia after Ajinkya Rahane and Cheteshwar Pujara saw the visitors through some nervy moments on Day 4 in Sydney. The pair finished unbeaten, helping India reach 98/2 at stumps with another 309 runs required and an entire day left to decide the outcome of the match. Rahane is playing on 4, while his partner Pujara is batting on 9 and the team would hope both their senior players last long in the final day of the Sydney Test.

The day started with Steve Smith and Marnus Labuschagne resuming action from their overnight score of 103/2. However, Labuschagne was soon dismissed by Navdeep Saini, courtesey of a fine catch by stand-in wicketkeeper Wriddhiman Saha, as the batsman tried to push the ball towards the cover region. Matthew Wade, who arrived in the middle after the dismissal, too failed to make any impact as he was sent packing on 4 by Saini.

But what followed next took the game away from India’s grip. With no Jadeja in the attack, Smith along with all-rounder Cameron Green kept getting the runs at a brisk pace and soon took Australia’s lead beyond the 300-run-mark.

Ashwin eventually got the better of Smith while he was playing on 81. However, Green along with skipper Tim Paine maintained the tempo as the pair added 104 runs for the sixth wicket. Green was dismissed right before tea by Bumrah on 84, but with a substantial 407-run lead already in hand the Australian declared their second innings on 312/6.

Chasing a gigantic 407-run target, the Indian opening pair of Rohit Sharma and Shubman Gill started off well as the pair added 71 runs for the first wicket. Gill was the first man to depart as he got an edge off Josh Hazlewood’s ball with Paine completing the catch. Rohit too soon followed the same suit and threw away his wicket after completing his half-century.

The four-match series is currently tied 1-1.