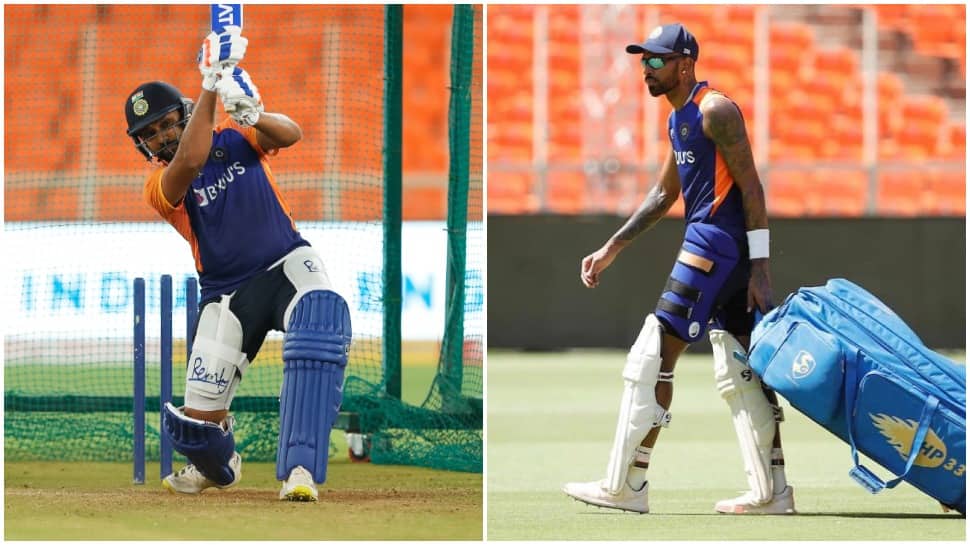 India vs England 1st T20I: Virat Kohli left everyone surprised as India decided to rest premier opener batsman Rohit Sharma from the playing XI for the first T20I against England in Ahmedabad. In a chat with former India spinner Murali Karthik, Virat Kohli said that the Indian opener will rest for a couple of matches.

“Probably would have bowled first as well. Dew is going to be a massive factor in the second half. Got to get into the game with the ball and restrict them. We were planning to do things like batting first in these conditions where bowling in the dew becomes a factor. It’s a good way to prepare for the World Cup. The next few months will be important from a team environment. Rohit is resting for the first couple of games,” Kohli said ahead of the toss.

In Rohit’s absence, Shikhar Dhawan kicked-off the proceedings along with KL Rahul.

Meanwhile, Hardik Pandya, who has been included in the playing XI confirmed that he will swing his arms in the limited-over series. The all-rounder who is yet to contribute to the team since returning from his injury with the ball confirmed he will be bowling in the series.

“It’s been almost one and half months since I have been preparing in this format – it’s going to be important with the World T20 coming up. You will see me bowling in this series. The kind of depth we have now, we can express ourselves pretty well, I have always played situations in my life – will do whatever the team requires, but think I can play freely. It’s going to be a cracker of a series with the kind of depth they have. But T20 is such a format where things can change any time in the match,” Hardik said ahead of the contest.

India spinner Yuzvendra Chahal accomplished a new feat as he is featuring in his 100 T20Is.

Here are the playing XIs for the first @Paytm #INDvENG T20I. #TeamIndia