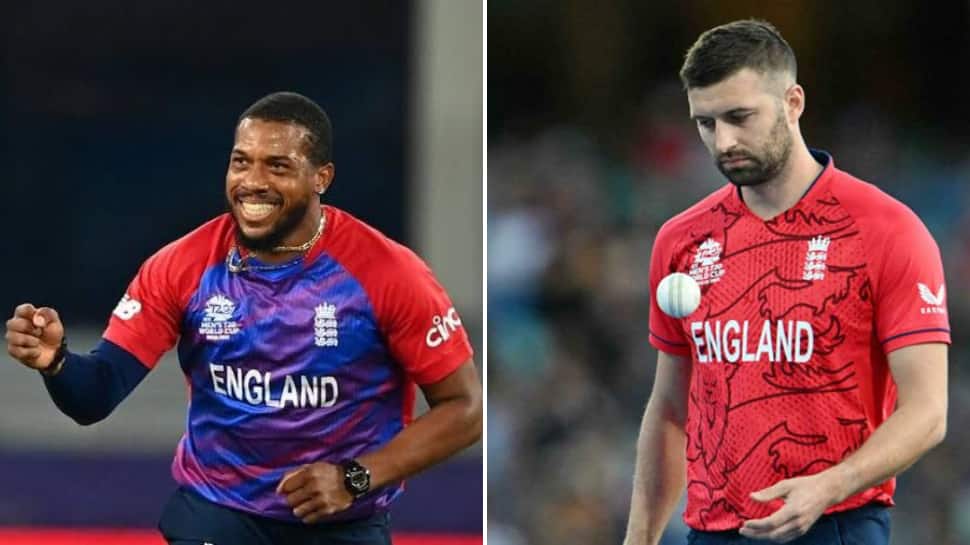 Chris Jordan is set to replace England’s fast bowler Mark Wood for the second semifinal of the T20 World Cup 2022 against India. Wood who has been sensational for England throughout the tournament is still doubtful for the clash and is likely to miss the blockbuster match. The right-arm pacer was not seen bowling in the nets during the training sessions at Adelaide and the injury has been described by the England camp as muscle stiffness. Mark Wood is currently the pacer with the fastest ball of the tournament and he was clocking 145 KPH or more in the ongoing T20 World Cup 2022 for England. Wood has an economy rate of 7.71 and it will be major blow to England’s pace attack.

As per ESPNCricinfo, he is unlikely to feature against Men in Blue. But Jordan on the other hand has barely managed to get game time, having played only one competitive game against Australia last month since recovering from a finger injury. He went wicketless in the match. Jordan’s experience will provide skipper Jos Buttler an option at death overs alongside Sam Curran and is also one of England’s best fielders. (Follow LIVE IND vs ENG SCORE here)


Phil Salt could also feature in the tournament for the first time ever, with left-hand batter Dawid Malan struggling to overcome the groin strain sustained against Sri Lanka in their final group stage match. He could bat at number three, but it is also possible that he slides down the order given how flexible England has been in the tournament with its batting line-up.


Another alternative option for Malan could be David Willey, who can bat down the order. Ben Stokes can be promoted to number three. This would mean England fielding a time with eight bowling options, including five seamers. Willey’s left-arm swing with the new ball can be potent against India’s opening pair of KL Rahul and Rohit Sharma. Buttler said that Wood and Malan would be given “as long as possible” to prove their fitness. “We will see how they pull up,” he said.


Mark Wood in his own league. pic.twitter.com/eoD2zU4C5s

“Dawid left the field the other day with a small niggle and Woody has had a little bit of stiffness, but we trust the medical team. We trust those two guys as well and we will give them as long as possible.”


“You need guys to be fit to participate in the game. In all sport, you have players that do not always play at 100 per cent, but you have to be able to fulfill your role in the team. We have 15 guys preparing to play and there is been some really tough selections throughout the whole tournament. We have got some fantastic players who have not yet played in the tournament and they are all desperate to make their mark if given a chance,” he added. (With ANI inputs)