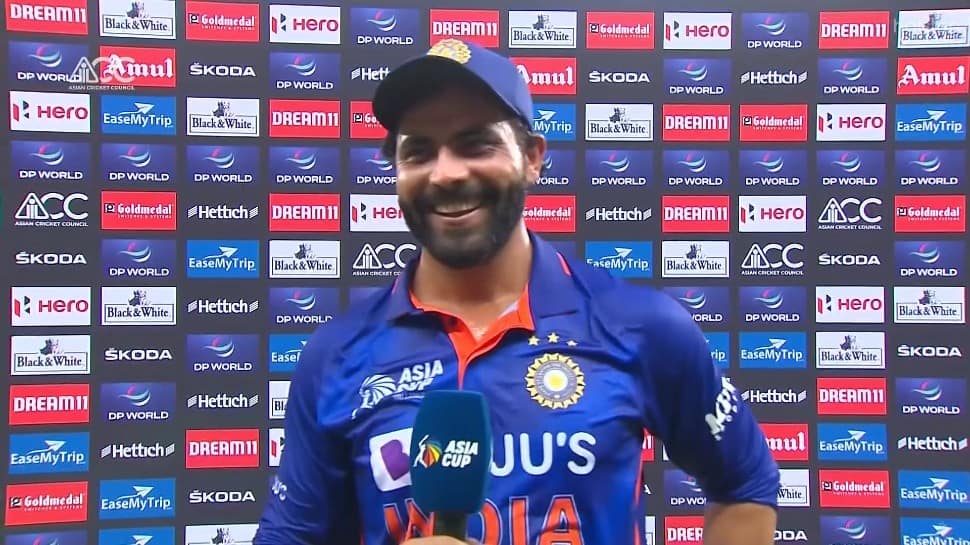 IND vs PAK Asia Cup 2022: There is no love lost between Team India all-rounder Ravindra Jadeja and former India batter turned commentator Sanjay Manjrekar. As it turned out, after the explosive India vs Pakistan Asia Cup 2022 clash in Dubai on Sunday (August 28), the pair had to come face-to-face in the post-match interaction.


Jadeja was the join top-scorer with Virat Kohli for Team India, scoring 35 as Rohit Sharma’s side hammered Babar Azam-led Pakistan by five wickets. The all-rounder was then interviewed after the game by Manjrekar.


The first thing Manjrekar asked Jadeja was whether he was okay to talk to the former. “You’re okay na to talk to me, Jaddu?” Manjrekar was heard saying, to which the Indian all-rounder replied while laughing, “Ya, ya, absolutely.”


The video of Jadeja and Manjrekar’s chat after India’s win over Pakistan is going viral on social media. WATCH here…

Sanjay Manjrekar – “You’re okay na to talk to me, Jaddu?”.

Manjrekar had called Jadeja a ‘bits and pieces’ cricketer in the past and the all-rounder had later slammed the former cricketer in a social media post.


Hardik Pandya and Ravindra Jadeja’s heroics with the bat helped India defeat Pakistan by five wickets to win their first Group A match in Asia Cup 2022 at the Dubai International Stadium on Sunday. After Pakistan made 147 all out in 19.5 overs, India needed 59 off the last six overs on a two-paced pitch.


From there, Pandya (33 not out) and Jadeja (35) shared a stand of 52 runs off just 29 balls. Even though the left-handed Jadeja fell in the final over, Pandya finished off things with a six over long-on to take India over the line and add another thrilling chapter in the history of India-Pakistan clashes.

Just like Pakistan, India had an eventful first over. Debutant pacer Naseem Shah struck on just his second T20I ball, as KL Rahul inside-edged to his stumps. Virat Kohli, playing in his 100th T20I, was dropped by Fakhar Zaman at second slip while chasing a wide one. Kohli was nervous in his start as many inside and outside edges came off his bat.