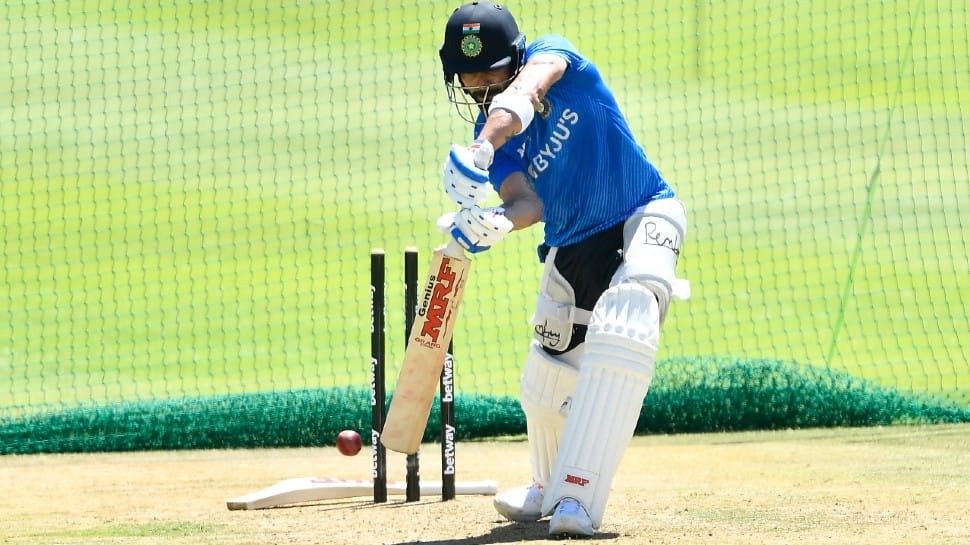 Team India red-ball skipper Virat Kohli’s childhood coach Rajkumar Sharma feels that the batter will bounce back in the last Test match of the ongoing series against South Africa.

Kohli, who had missed the second Test due to back spasms, is all set to return for the decider and this will be his 99th match in the longest format. Kohli will look to hit form and end his two-year century drought in the crucial game.

“India will definitely win the third Test and will secure a maiden series win, as we are in good form. However, we lost the second Test but there were opportunities there and some mistakes were made but I have full faith that skipper and coach Rahul Dravid will not repeat those mistakes,” Rajkumar told ANI. “With Virat coming back, there will be an effect on the middle-order as he absorbs a lot of pressure. In our bowling, Siraj’s fitness will be a key factor. If he will not play then who will play in place of him, Umesh or Ishant, that will be interesting to see.”

“He will bounce back with good performance. India’s batting order revolves around Virat,” Rajkumar said on Virat’s return.

It’s been a collective passion and commitment of the whole squad. #TeamIndia captain @imVkohli on how the side has worked over the years to have good bench strength in the pace attack in Tests. #SAvIND pic.twitter.com/4P19Ffaw3D

With Dean Elgar-led South Africa winning the second Test at Johannesburg, the three-match series against India is nicely poised and there is everything to play for in the decider at Cape Town, beginning Tuesday. Hanuma Vihari was given a chance in the place of Kohli in the second game, and the right-handed batter managed to score a crucial 40 in the second innings, but it is fair to say that with Rahane and Pujara hitting form, Vihari would be the one to get dropped if Kohli comes back into the side.

Mayank Agarwal and KL Rahul have given good starts this series, and the management would just hope that the duo is able to capitalize on their starts and go big. Cheteshwar Pujara and Ajinkya Rahane also hit some kind of form in the second innings of the second innings and from here onwards, it will be about being consistent and not throwing the wicket away.