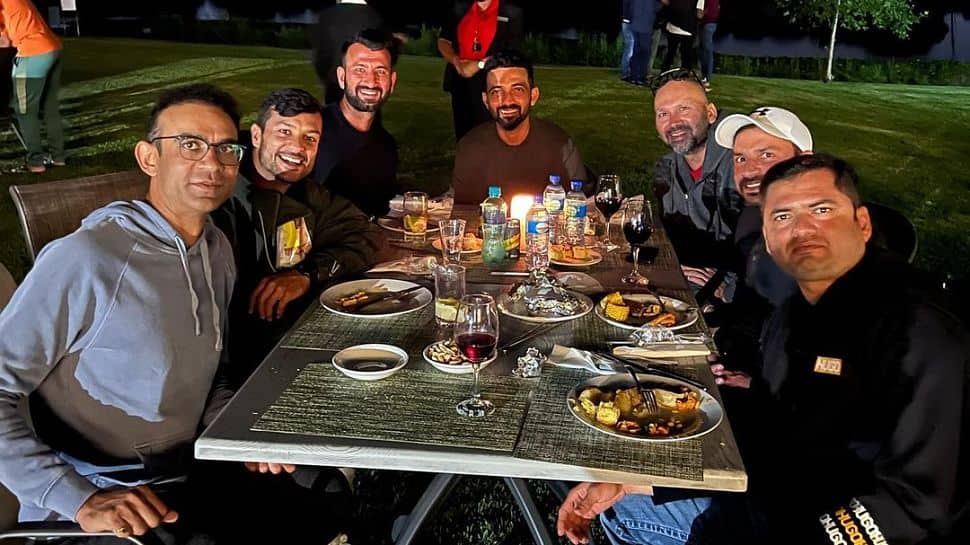 Team India are all set to take on South Africa in three-match Test series that starts on December 26 in Centurion.

Virat Kohli and Co have been working hard in the nets since landing in South Africa a week back.

But it is also important to unwind and thay is why the team went on a night out and topped it up by having
a BBQ.

In the picture, we can see Mayank posing with head coach Rahul Dravid, KL Rahul, Cheteshwar Pujara, Ajinkya Rahane and other members of the support staff.

The first Test starts in Centurion and then the action moved to The Wanderers Stadium in Johannesburg. The second Test starts on January 3. The third Test is scheduled to take place in Cape Town from January 11.

The three ODIs will take kickstart from January 19.