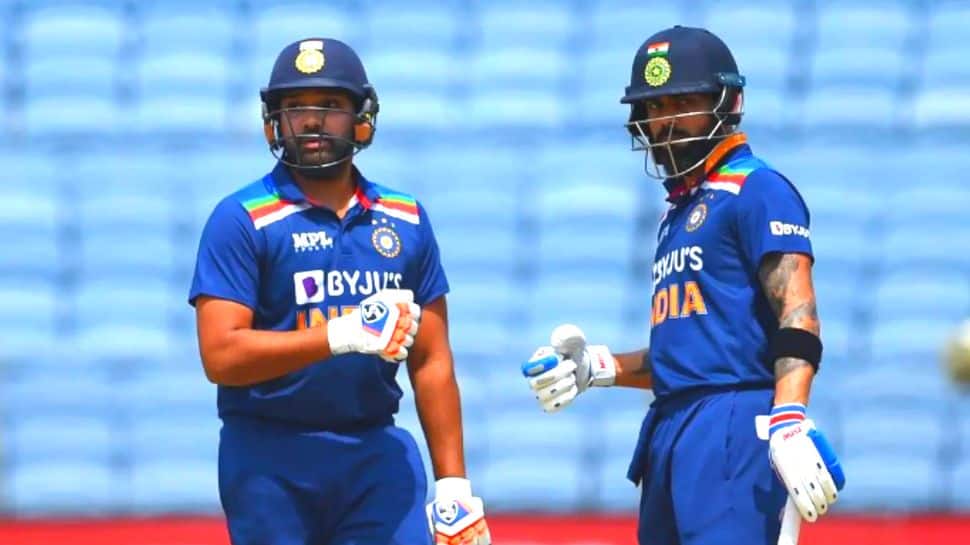 India captain Rohit Sharma played a vital role in India winning the first T20I against West Indies at the Brian Lara Stadium, Tarouba, Trinidad on Friday. Rohit scored 64 runs in just 44 balls with the help of seven boundaries and two sixes to help India post a challenging total of 190/6 in 20 overs. India opener played with a strike rate of 145 and gave his side a blistering start. With this India’s skipper also claimed two big records. Rohit reclaimed the record for scoring the most runs in the history of T20Is. He was 20 runs behind New Zealand’s Martin Guptill before the start of the match. Rohit also surpassed former India captain Virat Kohli on the list of most fifty-plus scores in T20Is.

Congratulations to #TeamIndia captain @ImRo45 as he becomes the leading run-getter in T20Is (in Men’s cricket). _ _

Most Fifty plus score in T20Is


Kohli is in second place with 30 fifty-plus scores, while Rohit Sharma tops the list with 4 centuries and 27 half-centuries in T20I cricket. Kohli has not reached a century in a T20I match. Babar Azam, the captain of Pakistan, is now in third place with 27 fifty-plus runs, including a T20I hundred.


Earlier this week, Guptill had surpassed Rohit to become the leading run-scorer in the shortest format. The Indian captain needed 21 runs before the start of the first T20I against West Indies to go past the Kiwi batter.


Notably, former India skipper Kohli was the first to breach the 3000-run mark in T20Is when he achieved the feat in 2021 during the second T20I of the home series against England in Ahmedabad. The 2000-run mark was first crossed by Guptill’s countryman, Brendon McCullum eight years back. McCullum was, in fact, the first to cross the 1000-run barrier too in men’s T20Is.