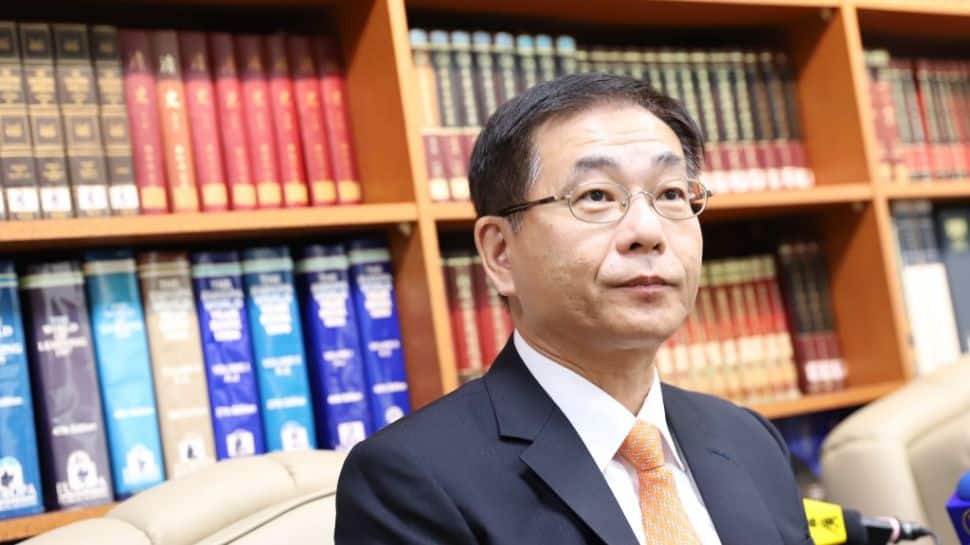 New Delhi: India and Taiwan are threatened by “authoritarianism” and it is high time for both sides to engage in “strategic collaboration”, Taipei’s de-facto Ambassador Baushuan Ger said on Sunday while referring to China’s aggressive behaviour in the region.


In an interview to PTI, Ger said Taiwan and India need to join hands to “fend off” the “expansion of autocracy” as he cited actions in the East and the South China Sea, Hong Kong and Galwan Valley to highlight reasons for tensions in the region.


Following a high-profile visit to Taiwan by US House Speaker Nancy Pelosi in August, China has been ramping up its military offensive against the self-ruled island of more than 23 million people, triggering global concerns.


China considers Taiwan as its breakaway province and reacted angrily to Pelosi’s tour of Taiwan. Ger said Taiwan appreciated India for standing up for justice, peace and stability in the Taiwan Strait in the wake of China’s military offensive in response to Pelosi’s trip.


Also Read: ‘Whoever intervenes in Taiwan reunification will be crushed by the wheels of history’: China warns interlopers


“Both India and Taiwan are threatened by authoritarianism; hence, closer collaboration between the two is not only desirable but necessary,” Ger said. “I believe now is high time for us to engage in strategic collaboration, with enhancing trade and technology cooperation being one of the most feasible areas to begin with,” he added.


The envoy said the Chinese military has been escalating its aggression around the waters and airspace of Taiwan and Japan, severely “devastating” peace and security in the Indo-Pacific region.


He said the actions increased the possibilities of “miscalculation” but they may well be a “prelude” to changes in the status quo.


“We appreciate that India has stood up for justice, peace and stability in the Taiwan Strait. Now some were misguided in thinking that by inviting Speaker Pelosi, Taiwan and the US were the ‘provocateurs’, intending to change the status quo,” Ger said.


“However, if we take a look at the facts on the ground over the years — Galwan Valley, East and the South China Sea and Hong Kong — it is clear who the real provocateur is. Taiwan is merely defending itself in reaction to what is happening,” he added.


While China has been cracking down on pro-democracy activists in Hong Kong and continued to ramp up its military activities in the East and South China Sea, its aggressive behaviour triggered the clashes in Galwan Valley in June 2020.


India does not have formal diplomatic ties with Taiwan but both sides have trade and people-to-people relations. In 1995, New Delhi set up India-Taipei Association (ITA) in Taipei to promote interactions between the two sides.


“It is encouraging to see that in recent years there have been fundamental changes in terms of how democracies, India included, are no longer just reacting to but taking active measures in preventing and countering anti-democratic tactics and grey-zone operations,” Ger said.


“India in this regard is just like Taiwan, standing at the forefront in the face of aggressive and belligerent authoritarian regimes. We need to join hands to fend off the expansion of autocracy,” he added.


The de-facto ambassador said there is a “gargantuan untapped well of potential” for cooperation between Taiwan and India. “We can and should collaborate more on cyber, space, maritime, green energy, food security and even tourism and gastronomy,” he said.


Ger said yoga is hugely popular in Taiwan and Bollywood films are also catching up quickly. “There is so much we can offer to each other. It is my sincere hope that India sees Taiwan in its own right,” he said.


Referring to Chinese military actions, Ger said Taiwan has been at the forefront in the fight against creeping authoritarianism for decades.


“Every single day, we repel numerous attempts of malicious hacking and disinformation attacks; our fighter jets and warships thwart attempts of intrusion, and our coastguards drive away illegal camouflaged fishing boats,” he said.


In the aftermath of Pelosi’s visit last month, China mounted major military exercises around Taiwan, with the Chinese fighter jets and vessels continuously crossing the median line in Taiwan Strait.


“Last month alone, over 300 sorties were flown over the median line, a dramatic increase from preceding years while a long-standing tacit agreement existed between Taiwan and China on the Taiwan Strait median line,” Ger said.


“To be sure, given China’s recent relentless incursions of the median line and other military provocations around Taiwan, it is a clear sign that China is attempting to routinise its action to wreck the long-term status quo across the Taiwan Strait,” he said.


Ger said China is attempting to undermine the fact that the Taiwan Strait is part of international waters, thus setting the stage for a “new normal” in the waterways.


“You see, this is not even political, but for humanitarian purpose. Let us start from here and build up the momentum for mutually beneficial cooperation,” he said.


The de-facto ambassador said Taiwan has been unable to participate in the UN system because of China.


“By deliberately conflating its ‘One China’ principle with the UN General Assembly Resolution 2758 — the resolution that determined who represents China in the organisation some 50 years ago — Beijing is misleading the world by spreading the fallacy that Taiwan is a part of the People’s Republic of China,” Ger said.

“The long-term status quo is, the ROC (Taiwan) and the PRC are separate jurisdictions, with neither subordinate to the other,” he said. Ger said the people of Taiwan can only be represented in the international community by their free and democratically elected government.


“The wrongful interpretation of UNGA Resolution 2758 has long deprived Taiwan of the right to participate in the United Nations and its specialised agencies, such as WHO, ICAO, and INTERPOL, and it has also denied the international community of an opportunity to benefit from Taiwan’s contributions,” he added. Ger said countries worldwide are beginning to realise what Taiwan can offer and many support its robust participation in the UN system.