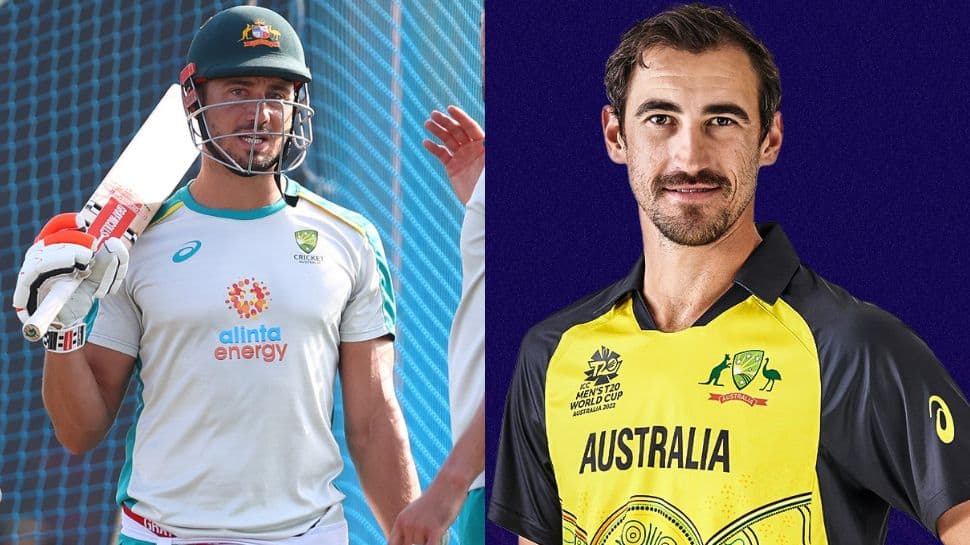 Defending champions Australia are not prepared to take any chances ahead of the T20 World Cup 2022 next month. With Aaron Finch’s side set to take on India in a three-match T20I series beginning in Mohali on September 20, Australia have decided to play safe and decided to rest key players like Mitchell Starc, Mitch Marsh and Marcus Stoinis, to help them recover from injuries.


David Warner had already been rested from the trip and now Starc (knee), Mitch Marsh (ankle) and Stoinis (side) have been ruled out of the India tour, with Nathan Ellis, Daniel Sams and Sean Abbott added to the squad.


The injuries to the trio are minor, but with the travel involved for three games in three separate cities in six days in India, Australia has taken a cautious approach with their T20 World Cup 2022 campaign due to start on October 22 when they face New Zealand at the SCG.

The injuries to Marsh and Stoinis emerged during Australia’s north Queensland ODI series against Zimbabwe and Cairns, but Starc is a late exclusion from the tour after a scan on his knee today in Sydney. Australia will play home T20 series against the West Indies and England in the lead-up to the World Cup, with Warner, Marsh and Stoinis expected to be available for those games.


The absence of Stoinis all-but guarantees Mumbai Indians all-rounder Tim David will make his Australian debut on the tour as a middle-order finisher, and gives him the chance to make it difficult for Stoinis to force his way back into the side.


Marsh’s absence could see Steve Smith move back up to No.3 with allrounder Cameron Green coming into the side, while Josh Inglis is likely to partner Aaron Finch at the top of the order with Warner rested from the tour for family time. Ashton Agar, who was the victim of Australia’s bold selection policy by being dropped as they powered their way to the World Cup title in the UAE last year, is also in the squad.


Stoinis played an instrumental role alongside Matthew Wade in Australia’s semi-final victory over Pakistan, with the allrounder striking 40 n.o. off 31 balls as Australia stormed back from needing 62 in the final five overs to win.

The Australia squad will fly to India early on Thursday (September 15) ahead of a few days of acclimatisation and training leading into the first match next Tuesday (September 20) in Mohali. They play again on September 23 in Nagpur before the final match two days later in Hyderabad.