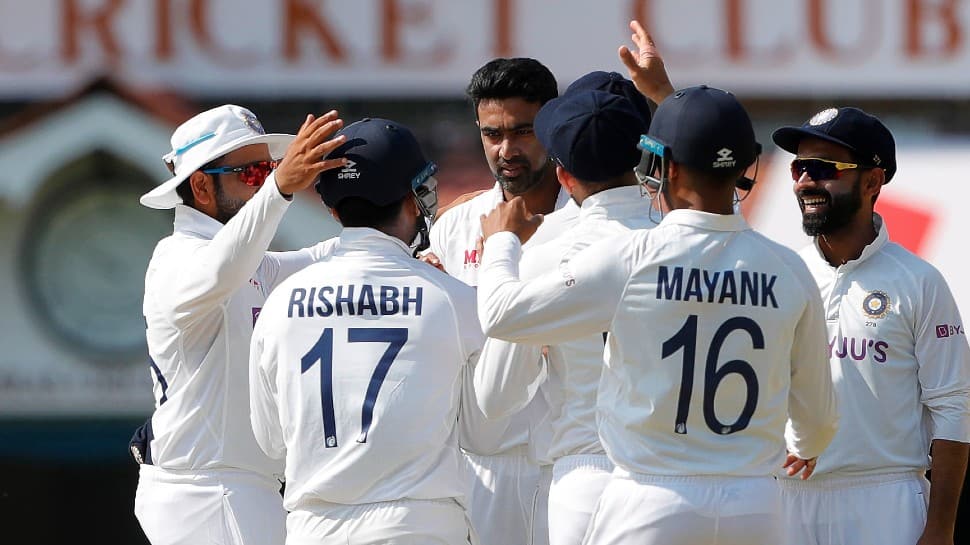 Team India off-spinner Ravichandran Ashwin ended up as one of the stand-out performers in the four-match Test series against England and was rightly awarded the man-of-the-series award for his efforts. Ashwin has now picked up a total of 44 wickets in his last two Test series for India.

Ashwin and Indian skipper Virat Kohli got quite a few DRS decisions wrong during the 4-Test series against England during which local umpires were spot on. The Tamil Nadu off-spinner, who was the leading wicket-taker with 32 wickets in 4 Tests, got a few DRS calls wrong.

It seemed as if Ashwin was over-confident and tried to pursue captain Kohli when it came to close calls that did not go the off-spinner’s way. India lost the first Test only to come back and beat England 3-1 and secure a spot in the final of the World Test Championship.

Ashwin said wicketkeeper Rishabh Pant had let him down on some occasions when he relied on the youngster to judge the bounce and trajectory. Ashwin, in a light-hearted response, said he had taken Pant aside and explained that head coach Ravi Shastri was not happy with the spinner fluffing DRS reviews.

“I think we need to change the lens with which people are looking at me for the DRS,”Ashwin was quoted as saying by India Today.

“Before this series against England, my DRS (usage) was extremely good. Because you take the DRS, you need to rely on the keeper’s resources. I ask valid questions in terms of saying ‘I know whether the ball struck in line or not’. But with respect to the line from the angle that I am bowling and the bounce, the keeper really needs to help.

“And Rishabh is actually letting me down, on a lot of occasions. I took him aside and said we need to sit down and discuss because Ravi Bhai has a few complaints about me going for DRS. So honestly, yeah, if there is one improvement I am looking to make, I will go for better DRS in the future series. I will hold myself in check and we have been playing on red-soil pitches after a long time. It plays a huge role,” the Delhi Capitals all-rounder added.

Ashwin and Axar Patel combined wonderfully to inspire India’s comeback in the 4-Test series. The off-spinner, who rose to No. 2 in the ICC Test Rankings, also chipped in with the bat, scoring a hundred in difficult batting conditions in the 2nd Test in Chennai.