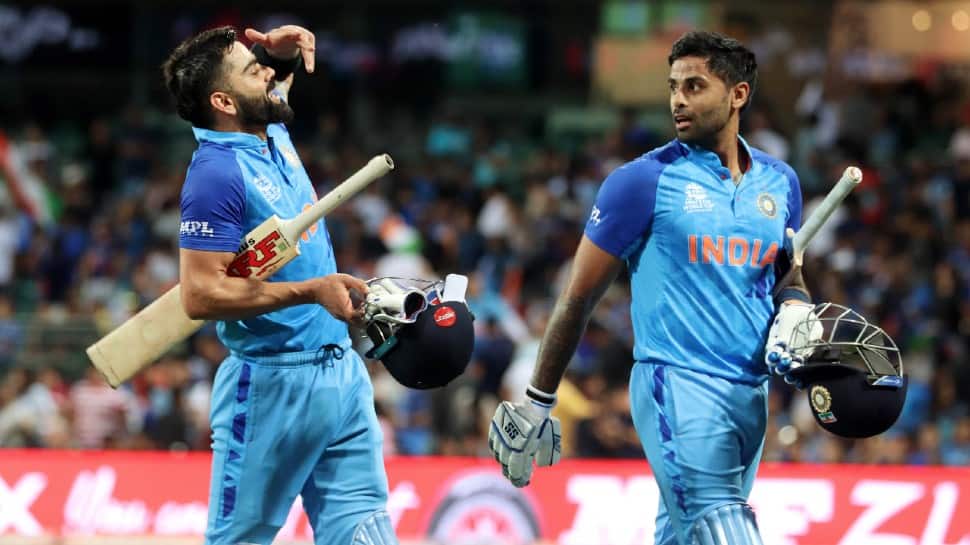 Team India will taken on Jos Buttler’s England in a blockbuster semifinal clash in the ICC men’s T20 World Cup 2022 at the Adelaide Oval on Thursday (November 10). In-form batters Virat Kohli and Suryakumar Yadav will be the danger men for England, with the former being leading run-scorer in the T20 World Cup 2022 so far with 246 runs in 5 game while the latter has 225 runs at a strike-rate of over 193.


England all-rounder Ben Stokes is hopeful that his bowling attack can contain the rampaging Suryakumar Yadav in the T20 World Cup 2022 semi-final against India even though his shots have forced him to scratch his head in awe. He was also lavish in his praise for Indian legend Virat Kohli, who he thinks has ‘earned the right to be never written off’.


England’s top all-rounder is cautiously optimistic about his team’s chances in the big semi-final on Thursday (November 10). “Suryakumar obviously came in and set the world alight. He is a fantastic player and plays some shots where you sort of just scratching the head sometimes. He is in great form, but hopefully, we can try and shut him down and not allow him to get on one of his rampages,” Stokes, who has been impressive with the ball, told reporters in an interaction organised by the England & Wales Cricket Board.


Talking about Kohli, with whom Stokes has shared a healthy rivalry over the years, the Durham man was at his wits end that a player of that stature could be written off so easily after a downward spiral. “I think with Virat he could have four unbelievable years like he had, and then have a not so loud couple of months and then for some reason plays like that and gets written off, we have got no idea why. I think he has earned the right to never be written off.”

As far as Kohli is concerned, his numbers speak for itself, said Stokes. “You don’t produce the numbers and produce the innings that he (Kohli) does in all three formats and it’s fine. We as players and people who play against him a lot, we never take anything he has done in the game before into the game we have got here,” said Stokes.


We are facing a very strong Indian team: Ben Stokes

Stokes admitted that England have reached the semi-finals without ‘playing their best cricket’ so far but on a big day, against a good Indian team, that wouldn’t be the case. “I think the way we have managed to get through not playing our best cricket so far and now we find ourselves here. So obviously it’s exciting.


“But we know we need to get this game done on Thursday, against a very strong Indian team which no one will ever take lightly,” Stokes said.

“This is because of the team they are and the players that they have in their squad. But we like to focus more on our squad and not think too much about them.”