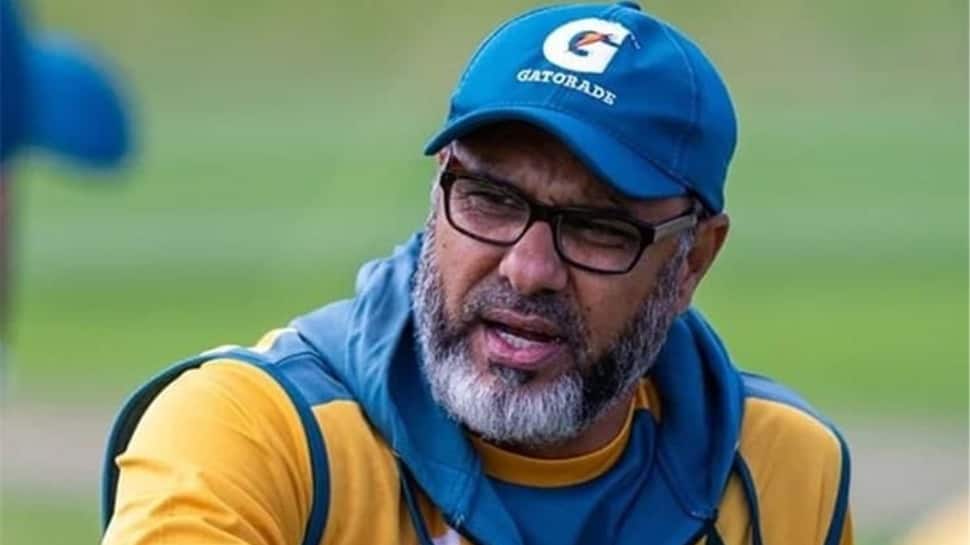 New Delhi: Waqar Younis on Wednesday (October 27, 2021) apologised for his comment that Mohammad Rizwan offering Namaz during India vs Pakistan T20 World Cup 2021 clash ‘in front of Hindus was special’. The former Pakistan pacer tendered an apology through his official Twitter account and said it was not intended at all.

He said, “In the heat of the moment, I said something which I did not mean which has hurt the sentiments of many. I apologise for this, this was not intended at all, a genuine mistake.”

Younis added that sports unites people regardless of race, colour, or religion.

In the heat of the moment, I said something which I did not mean which has hurt the sentiments of many. I apologise for this, this was not intended at all, genuine mistake. Sports unites people regardless of race, colour or religion. #apologies

While talking to a Pakistani news channel, Waqar had said that the manner in which Babar and Rizwan batted, the strike-rotation, the look on their faces, it was amazing.

He had added, “The best thing, what Rizwan did, Mashallah, he offered the Namaz on the ground surrounded by Hindus, that was really something very special for me.”

“Rizwan offered Namaz during #INDvPAK match in middle of Hindus was most satisfying thing Mashallah, even more than his batting”

I really hope that a lot of genuine sportslovers in Pakistan are able to see the dangerous side to this statement and join in my disappointment. It makes it very difficult for sportslovers like us to try and tell people it is just sport, just a cricket match.

“Yaaar Waqar lanat yaaar. Why would you say that,” a fan said. “That statement was pathetic,” another added.

Earlier on Sunday, Pakistan openers Mohammad Rizwan and Babar Azam put on a remarkable show as their team thrashed India by 10 wickets at the Dubai International Cricket Stadium. Rizwan (79*) and Babar (68*) didn’t give any chance to Indian bowlers to come on top as the two batsmen dominated the proceedings and Pakistan chased down the target of 152 without losing a wicket. It, notably, was the first time that India has lost a T20I by ten wickets and coincidentally, this was also the first time that Pakistan has won a T20I by ten wickets.