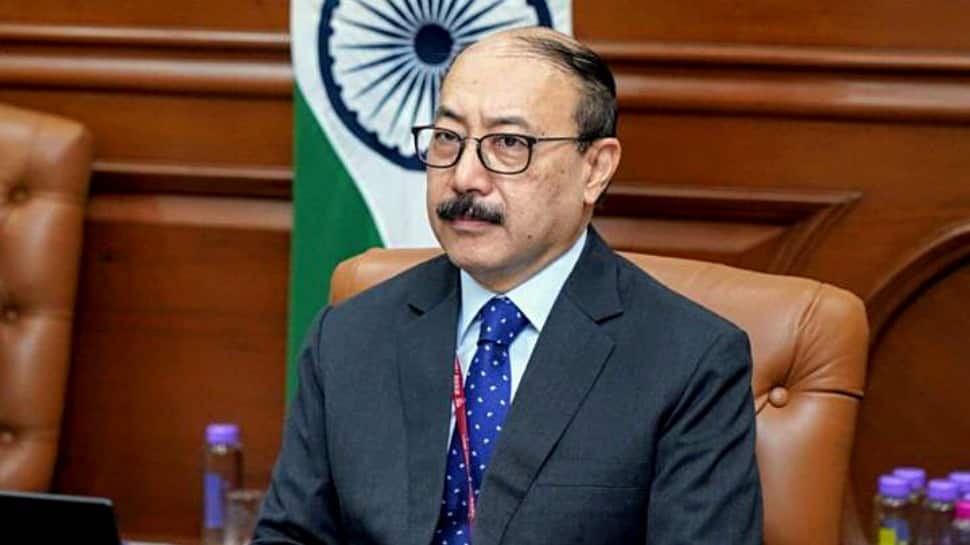 New Delhi: India’s foreign secretary Harsh Shringla has made a pitch for New Delhi’s support to Africa at the United Nations Security Council (UNSC), not only backing an African seat at the council but also how India’s partnership for the continent.

FS Shringla said, “India welcomes the evolution and rise of Africa as a key factor in the contemporary world. We are committed to supporting African countries in this endeavour, as per African priorities and without conditionalities.”

He added, “India will continue to support Africa’s aspirations and work towards empowering Africa for a future that is found on the principles of inclusivity, sustainability, transparency, and socio-economic development with dignity and respect.”

This is to be noted that India has executed 189 developmental projects in 37 African countries and around 77 projects are currently under execution.

New Delhi has also committed US$ 1.7 billion as soft loans for solar projects in the continent and has offered 50,000 scholarships to African students.

Shringla also commented on no African representation at the UNSC and said, “The African continent does not even have a single voice amongst the permanent membership of the United Nations Security Council to defend its own interests. This historical anomaly needs to be corrected by supporting the Ezulwini consensus.”

African Union’s Ezulwini Consensus calls for African seats at the top UN body which is 5 permanent members, none from Africa.

India’s top diplomat also pointed out how India reached out to the continent amid the pandemic. He said, “India has supplied critical medicines to several countries in Africa to help them fight the COVID-19 pandemic. Premier Indian institutions and hospitals have been linked to 16 African countries to offer tele-education and tele-medicine services through the e-Vidya Bharati and e-Arogya Bharati portals.”