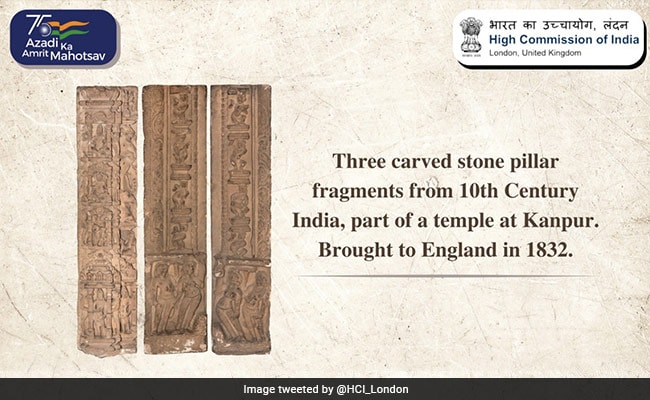 Dignitaries from the High Commission of India joined members of Glasgow Life.

Dignitaries from the High Commission of India joined members of Glasgow Life, the charity that manages the Scottish city’s museum collections, at the transfer of ownership ceremony, following more than 18 months of talks.

Six of the items were stolen from India in the 1800s, and a seventh was illegally purchased after being stolen from its original owners.

All seven objects were looted from sacred places such as temples and shrines and given as gifts to the Scottish city’s museum collections.

“Glasgow has led repatriation efforts in the UK since 1998,” said Duncan Dornan, Head of Museums and Collections at Glasgow Life.

“We look forward to continuing our work with the Indian authorities to deliver the safe return of these artefacts.”

In all, Glasgow is set to return 51 items to the descendants of their rightful owners from India and Nigeria as well as the Cheyenne River and Oglala Sioux tribes in the US state of South Dakota.

In March, Glasgow City Council apologised for the city’s role in the Atlantic slave trade, after a study into streets, buildings and individuals linked to the practice.

Glasgow’s repatriation commitment is part of a wider reassessment of the provenance of items in Western museums, in the wake of global anti-racism movements.