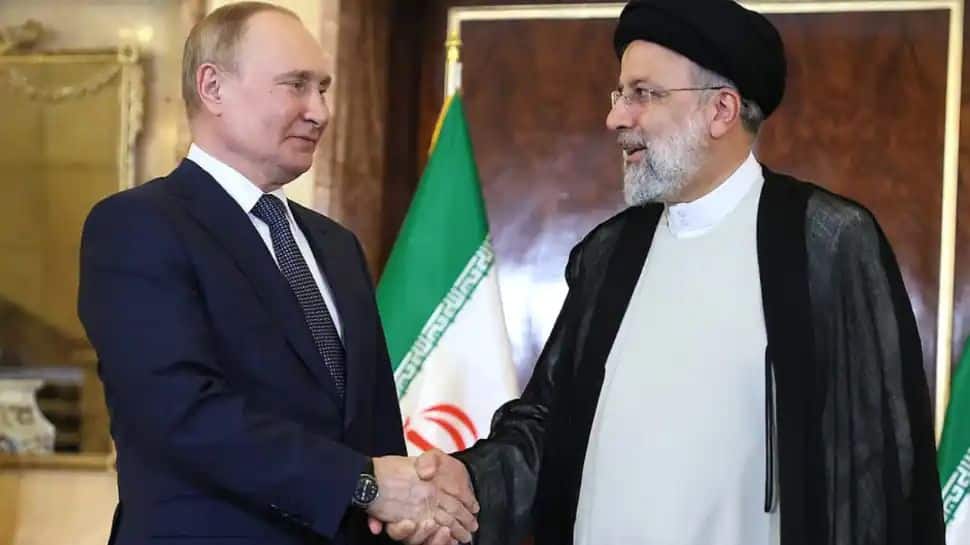 Washington, Oct 21 (AP) The White House has said that Iranian troops are directly engaged on the ground in Crimea supporting Russian drone attacks on Ukraine’s power stations and other key infrastructure, troubling evidence of Tehran’s deepening role assisting Russia as it exacts suffering on Ukrainian civilians just as the cold weather sets in. National Security Council spokesman John Kirby told reporters that Iran has sent a relatively small number of personnel to Crimea, a part of Ukraine unilaterally annexed by Russia in contravention of international law in 2014, to assist Russian troops in launching Iranian-made drones against Ukraine. Members of a branch of the Iranian Revolutionary Guard Corps were dispatched to assist Russian forces in using the drones, according to the British government.


The revelation of the US intelligence finding comes as the Biden administration seeks to mount international pressure on Tehran to pull back from helping Russia as it bombards soft Ukrainian civilian targets with the help of Iranian-made drones.


The Russians in recent days have increasingly turned to the Iranian-supplied drones, as well as Kalibr and Iskander cruise missiles, to carry out a barrage of attacks against Ukrainian infrastructure and non-military targets. President Volodymyr Zelenskyy said this week that Russian forces have destroyed 30 per cent of Ukraine’s power stations since October 10.


The information we have is that the Iranians have put trainers and tech support in Crimea, but it’s the Russians who are doing the piloting,” Kirby said. He added that the Biden administration was looking at imposing new sanctions on Tehran and would look for ways to make it harder for Iran to sell such weapons to Russia.


Also Read: ‘Leave at the earliest’: India issues fresh advisory for its nationals in Ukraine

The US first revealed this summer that Russia was purchasing Iranian unmanned aerial vehicles to launch against Ukraine. Iran has repeatedly denied providing drones to Russia, though the triangle-shaped Shahed-136s raining down on civilians in Kyiv and elsewhere in Ukraine have been used in the Mideast by Tehran in the past.


Iran’s Supreme Leader Ayatollah Ali Khamenei this week even applauded the deadly power of Iranian drones. Iran’s mission to the United Nations did not immediately respond to a request for comment.


White House officials say that international sanctions, including export controls, have left the Russians in a bind as they try to restock ammunition and precision-guided munition stocks that have been depleted during the nearly eight-month-old war. As a result, Russia has been forced to turn to Iran as well as North Korea for weaponry.

Zelenskyy said last week that Russia had ordered 2,400 from Iran.

US officials believe that Iran may have deployed military personnel to assist the Russians in part because of the Russians’ lack of familiarity with the Iranian-made drones. Declassified US intelligence findings showed that Russians faced technical problems with the drones soon after taking delivery of them in August.


The systems themselves were suffering failures and not performing to the standards that apparently the customers expected, Kirby said. So the Iranians decided to move in some trainers and some technical support to help the Russians use them with better lethality.