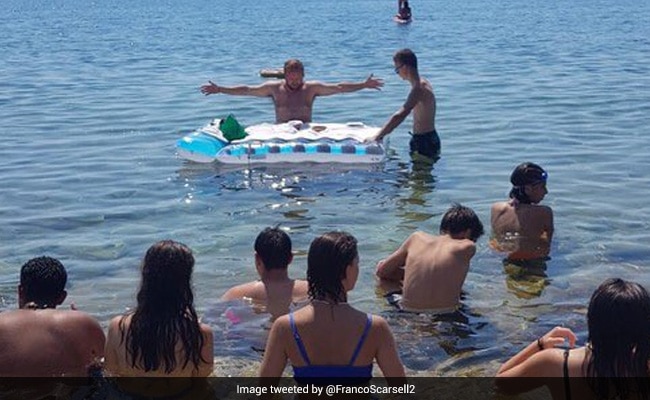 The priest said that it was not his “intention to trivialise the eucharist”.

An Italian Catholic priest apologised Wednesday after being criticised for celebrating mass in the sea using an inflatable mattress as an altar.

Mattia Bernasconi said he had planned to hold Sunday’s ceremony among the trees by the beach in Crotone, southern Italy, after a week-long youth camp, but the spot was taken by another group.

With no other shade available from the searing heat, a family nearby offered the use of the mattress, and the priest took to the water, conducting the service with everyone — himself included — in swimsuits.

In response to a photo of the mass published by local media, the archdiocese of Crotone hailed the commitment of the young people involved but said there must be certain standards.

While mass can be held outside “it is necessary to maintain that minimum of decorum and attention to the symbols required by the very nature of liturgical celebrations,” it said.

In a response published online Wednesday, the priest — from Milan — defended his actions while apologising for any offence.

“It was absolutely not my intention to trivialise the eucharist… it was simply the mass at the end of a week of work,” he said.

“But the symbols are strong, it’s true, and they speak, sometimes in a different way than we would like. It was naive of me not to give them due weight,” he added.