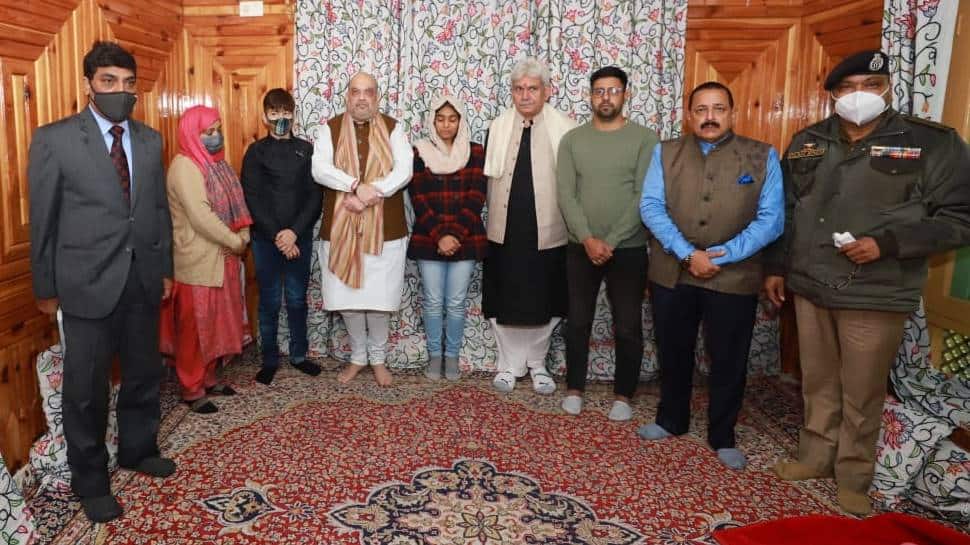 Taking to Twitter, Shah wrote: “Today visited the family of martyr Parvaiz Ahmad Dar and paid tributes to him. I and the nation are proud of his bravery. Jammu and Kashmir Police is making all efforts to realise the vision of PM Modi for a new JK.” (Roughly translated from Hindi)

Shah, who arrived here on a three-day visit to Jammu and Kashmir, drove straight to Nowgam from the airport. Parvaiz was killed by terrorists in June this year in Nowgam area of the city.

Shah arrived in Srinagar on Saturday for his three-day visit to Jammu and Kashmir. He was received at the Srinagar airport by Lieutenant Governor Manoj Sinha where other senior officials of the Jammu and Kashmir administration were also present.

The Home Minister is scheduled to chair a high-level security review meeting later in the day and will also inaugurate the first direct international flight between Srinagar and Sharjah in UAE. He is also likely to interact with members of a youth club in Srinagar.

This is Shah’s first visit to Kashmir since the abrogation of Article 370 and bifurcation of the erstwhile state of Jammu and Kashmir on August 5, 2019.