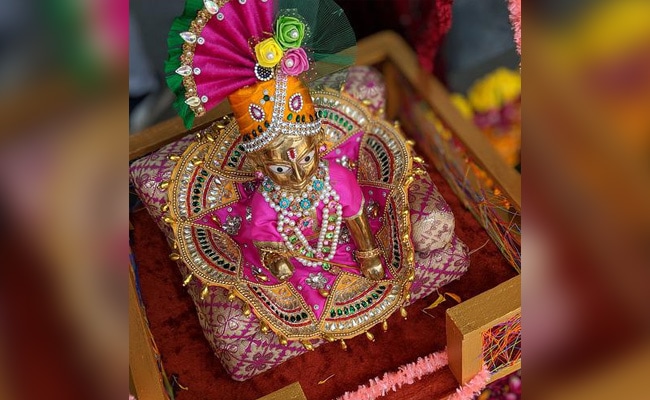 Krishna Janmashtami is celebrated to mark the birth of Lord Krishna.

Every year, the festival of Janamashtami is celebrated by Hindus to mark the birth of Lord Krishna, who is believed to be the incarnation of Lord Vishnu.

As per the Hindu calendar, Lord Krishna was born on the eighth day of the month of Bhadra. The day mostly falls in the months of August or September as per the Western calendar. The festival of Janamashtami is celebrated by offering prayers to Lord Krishna, with beautifully decorated swings, dance and music performances, and the Dahi Handi competition.

Also Read | Why Janmashtami Is Celebrated, Its History And Rituals

The direction to declare Janmashtami a public holiday vary from state to state. Various state governments like Kerala, Karnataka, Telangana, Andhra Pradesh, Tripura, Arunachal Pradesh have not declared Janmahtami as public holiday. However, schools and colleges will remain closed in the Nilgiris in Kerala as India Meteorological Department (IMD) has warned of heavy rainfall in Nilgiris, Coimbatore, Dindigul and Tirupur districts.

Lord Krishna is said to have been born in a dungeon in present-day Mathura, Uttar Pradesh. He was born to Queen Devaki and King Vasudev at midnight. Hence, as per tradition, the Krishna Janmashtami puja is performed in the Nishita Kaal, which is around midnight.

History and significance of Janmashtami

As per belief, Kansa, brother of Queen Devaki, heard a prophecy that Lord Krishna was born to destroy him. Thus, Kansa tried to eliminate infant Krishna but before he could do that, Krishna was safely sent out of the dark dungeon. King Vasudeva crossed the Yamuna River carrying Krishna over his head in a basket and provided him a safe haven in Gokul.

In the Mahabharata, the account of Lord Krishna as Arjuna’s charioteer during the Kurukshetra war is one that is most widely recognised. He maintained Arjuna’s allegiance to dharma.

Since Lord Krishna is considered as the protector of Dharma and destroyer of Adharma, his birth is commemorated nationwide on Janmashtami.

The day of Krishna Janmashtami celebrates the love, warmth, and beauty that Lord Krishna represents.