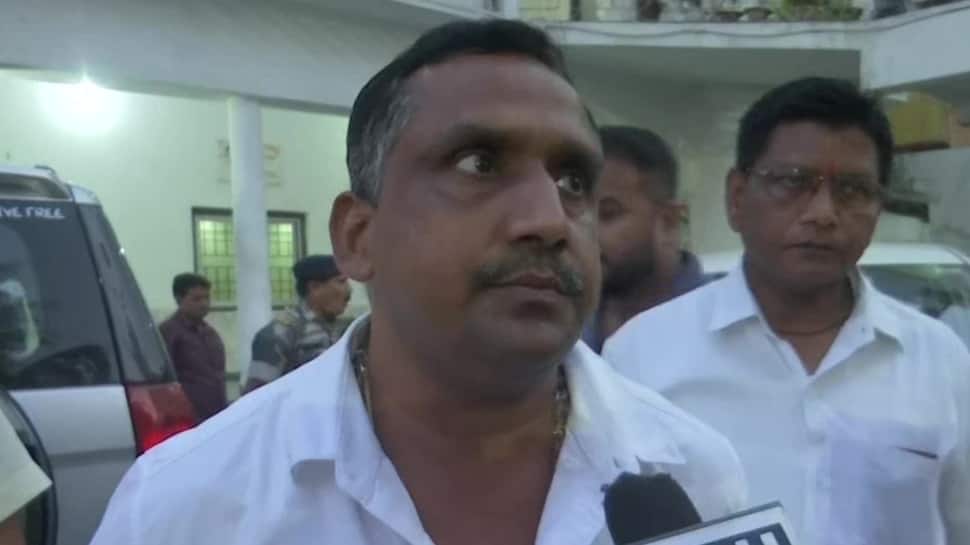 Ranchi: Amid the political turmoil in Jharkhand, state health minister and Congress leader Banna Gupta on Sunday dared the Bharatiya Janata Party (BJP)-led Centre to impose Article 365 of the Constitution in the state. Addressing a press conference, the Minister said, “It is a preplanned conspiracy to destabilise the Jharkhand government. We want to know from the Governor that if the Election Commission has sent something, then it should be made public. ED has raided for months but nothing was found.”


“We have a full majority. If BJP has the courage, then impose Article 365 and dislodge the state government. Otherwise, it should not talk rubbish. The people of the state are now disturbed with all of this. The entire system has been stalled,” added Gupta. Notably, Article 365 of the Constitution imposes President’s rule on a State which fails to comply with the directions given by the union government.


Speaking to ANI, Gupta further said, “We will fight and will never relent. State Governor Ramesh Bais has to make the decision (pertaining to the disqualification of CM Soren as MLA) public at the earliest, then only we can take our further action. We have a number above 50.”


Jharkhand Transport Minister and JMM vice president Champai Soren, who was also present in the press conference said, “A political environment has been created in the name of Representation of the People’s Act to cancel the membership of Chief Minister Hemant Soren in the House. The letter from EC is already with the Governor but he is not making a statement over it. It is nothing but to harass the people of the state that elected a popular government. They are misusing constitutional institutions.”


He said the BJP cannot digest the development work being done by the Jharkhand government under the leadership of a tribal leader like Hemant Soren. “A similar thing happened to other parts of the country. the latest example is Delhi and before that Maharashtra. Our alliance is very strong,” added Champai Soren.

Earlier on Sunday, Chief Minister Hemant Soren called on state Congress in-charge Avinash Pande to discuss the next course of action. The meeting between the two leaders took place at the state Guest House and lasted for an hour. Asked about the delay in Governor’s decision over the Chief Minister’s post, Soren said, “It is Governor Ramesh Bais who can answer this better.”

Earlier on Saturday night, a meeting of the Congress Legislative Party was held to deliberate on strategy for further course of action. Following the meeting, Congress leader and Health Minister Banna Gupta on Saturday said that a conspiracy was hatched to destabilize the government in the state.


“A conspiracy was hatched to destabilize our state government. Across the country, the elected government are being destabilised. Now, it has become a norm. Congress is firmly standing against it and there’s no crisis in government,” Gupta said after the Congress Legislative Party meeting.


The meeting was presided over by Jharkhand Congress in-charge Avinash Pande who arrived in Ranchi on Saturday. In the 81-member Jharkhand Assembly, the ruling alliance has 30 MLAs of the Jharkhand Mukti Morcha (JMM), 18 MLAs of the Congress and one MLA of the Rashtriya Janata Dal (RJD).


Chief Minister Hemant Soren had called a meeting of the state’s ruling UPA coalition members on Saturday amidst speculation about his possible disqualification as an MLA in the state assembly for allegedly violating poll norms by extending himself a mining lease. This was the third meeting in two days. Several MLAs were seen arriving for the meeting with luggage in tow.

Soren tweeted that he hailed from the tribal community and was unaffected by the ongoing slugfest. On Friday MLAs of the ruling coalition assured Soren of their support. Gupta also said that the JMM-Congress coalition is “standing strong”. The BJP has sought the disqualification of Soren as an MLA accusing him of allocating a mining lease to himself while he held the portfolio of Mines Minister in 2021.


In February this year, the BJP submitted a memorandum to the Governor seeking disqualification of Soren from the House under Section 9(A) of the Representation of People’s Act. The Governor had forwarded the BJP complaint to the ECI and the poll panel in May had issued a notice to the Jharkhand Mukti Morcha leader.