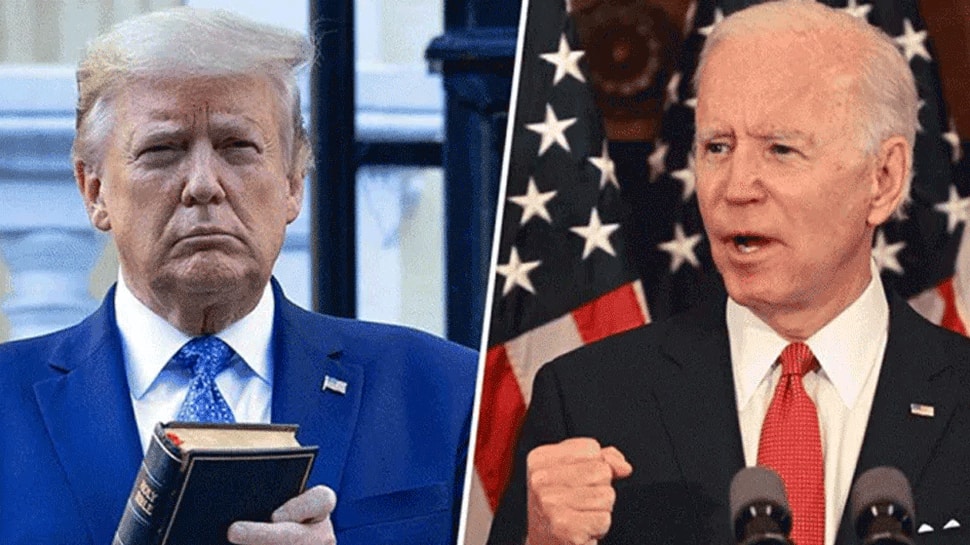 PITTSBURGH:  Democratic presidential candidate Joe Biden on Monday called for rioters and looters to be prosecuted, and slammed President Donald Trump for stoking violence in American cities gripped by protests over police brutality and racial inequality.

Biden`s speech in battleground state Pennsylvania was his most forceful counter yet to accusations by Trump that he is weak on crime and that leaders in his Democratic Party have lost control over the mass demonstrations that in some instances have turned violent.

Trump, who trails his rival in opinion polls ahead of the Nov. 3 election, has argued he stands for “law and order.” The theme featured prominently at his nominating convention last week as he sought to motivate his political base and broaden his support.

Republicans deny Trump is seeking to exacerbate violence with incendiary rhetoric. But Biden on Monday said Trump was sowing chaos.

“This president long ago forfeited any moral leadership in this country,” Biden said. “He can`t stop the violence because for years he has fomented it.”

Trump, noting he had watched Biden`s remarks, said in a tweet afterward that the former vice president seemed to blame police more than the “Rioters, Anarchists, Agitators, and Looters.”

Biden has repeatedly condemned disorder at demonstrations but has defended peaceful protesters, arguing justice must be served in cases of “unwarranted police violence.”

Biden pushed back on Republican assertions that he catered to his party`s most liberal members. “Ask yourself, do I look like a radical socialist with a soft spot for rioters? Really?” Biden asked.

Biden`s visit to Pennsylvania, an important swing state that helped propel Trump to victory in 2016, marked an unusual trip afield for the former vice president, who has worked mostly from his Delaware home since March, when the coronavirus began spreading widely in the country.

His campaign has indicated that Biden expects to increase his travel to the states that will decide the election as the vote draws nearer. Trump and Vice President Mike Pence are both due to campaign in Pennsylvania this week.

In Pittsburgh, Biden depicted an America that was unsafe under Trump, with COVID-19 killing thousands of people a week and an economy in tatters. He said he wanted a country safe from the coronavirus, crime, racially motivated violence and “bad cops.” “And let`s be crystal clear: Safe from four more years of Donald Trump,” he said.

Samuel DeMarco, the Republican chairman in Allegheny County, where Biden was speaking, said his speech showed “desperation.” “We have violent protests for 90 some days and now he`s going to address it and try to blame Trump. Good luck with that,” he said.

Demonstrations have swept the United States since the killing in May of George Floyd, a Black man who died after a Minneapolis police officer knelt on his neck for nearly nine minutes.

Tensions between rival protest groups have led to more shooting deaths. Last week, a white teenager was charged with shooting three demonstrators, two fatally, in Kenosha, and a clash in Portland, Oregon, over the weekend resulted in a fatal shooting.

Trump is set to visit Kenosha on Tuesday, but Democrats including the state`s governor have urged him to stay away.

The White House said it is making efforts to reach Blake`s family but has been unable to connect.

Biden has been in touch with Blake`s family. As he delivered pizzas to firefighters in Pittsburgh on Monday, Biden told reporters he hoped to visit Wisconsin soon.