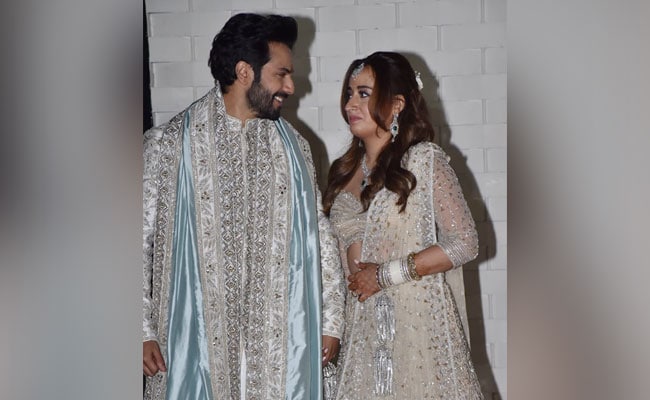 Actor  Varun Dhawan has been deluged with congratulatory messages after his wedding to fiancée Natasha Dalal on Sunday evening. One such was shared via Instagram Stories by Varun’s co-star Kiara Advani, who will be seen opposite the newlywed actor in the work-in-progress film Jug Jugg Jeeyo. Turns out, the film’s title was the perfect wedding wish – Kiara posted a picture of Varun and Natasha at the wedding mandap and wrote, “Jugg Jugg Jeeyoooooo Natasha and Varun. Wishing you both a lifetime of happiness and love.” Kiara and Varun will be joined by veteran actors Anil Kapoor and Neetu Kapoor in Jug Jugg Jeeyo, a Dharma Productions’ project. 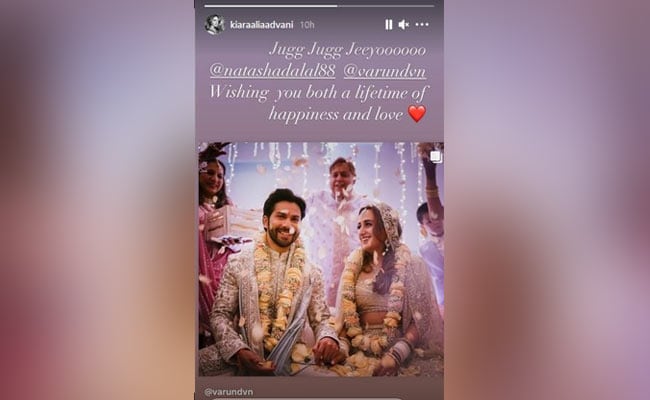 The picture Kiara shared was from the ones officially released by Varun Dhawan on his Instagram. “Life long love just became official,” Varun wrote on Instagram on Sunday – Varun and Natasha had a destination wedding in an Alibaug resort with the guest list restricted to 40-50 because of COVID-19 rules. Filmmaker Karan Johar and designer Manish Malhotra were among the select few who were invited. Bollywood stars like Deepika Padukone and Katrina Kaif shared wishes on social media for the newlyweds.

Varun Dhawan and Natasha Dalal, childhood sweethearts, were reportedly meant to have married last year but had to delay the wedding because of the pandemic and lockdown. Varun recovered from COVID-19 in December.

Varun Dhawan, son of filmmaker David Dhawan, made his debut in Karan Johar’s 2012 film Student Of The Year. His film credits include Badlapur, Dilwale, Sui Dhaaga, Humpty Sharma Ki Dulhania and ABCD 2. He was last seen in his father’s remake of Nineties hit Coolie No 1 and Jug Jugg Jeeyo will be his next release.