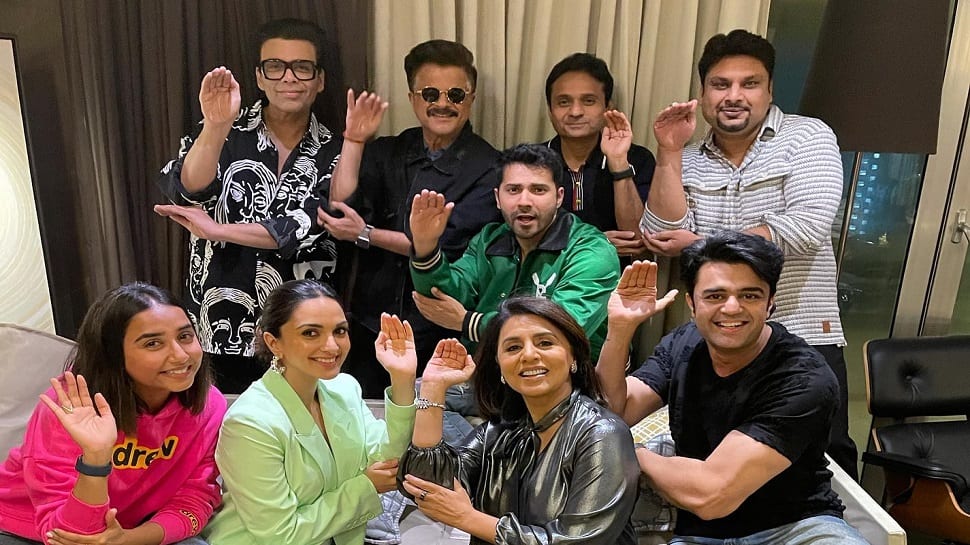 New Delhi: ‘Jugjugg Jeeyo’ is one of the hit films of the year 2022 starring Varun Dhawan, Kiara Advani, Anil Kapoor, Neetu Kapoor, Maniesh Paul and Prajakta Koli. On Saturday, Karan Johar hosted a success party for the cast and it was a blast.

Kiara took to her Instagram and shared a series of pictures from the bash. In the caption, she wrote, “Thank you for the abundant love for our film #JugJuggJeeyo. @raj_a_mehta is there a sequel in the waiting?” Many got excited with the last line as they are all looking forward to the sequel of the fun family drama.


Fans flooded the comment section with heart-eye and love emojis. Also, Alia Bhatt was quick to comment, she wrote, “It’s a biggish!”


‘Jugjugg Jeeyo’ is the story of the modern approach to couples in love and relationships. It crossed the Rs. 100 crore mark worldwide. The movie managed to maintain its successful run at the box office and made a collection of over 130 crore, globally.