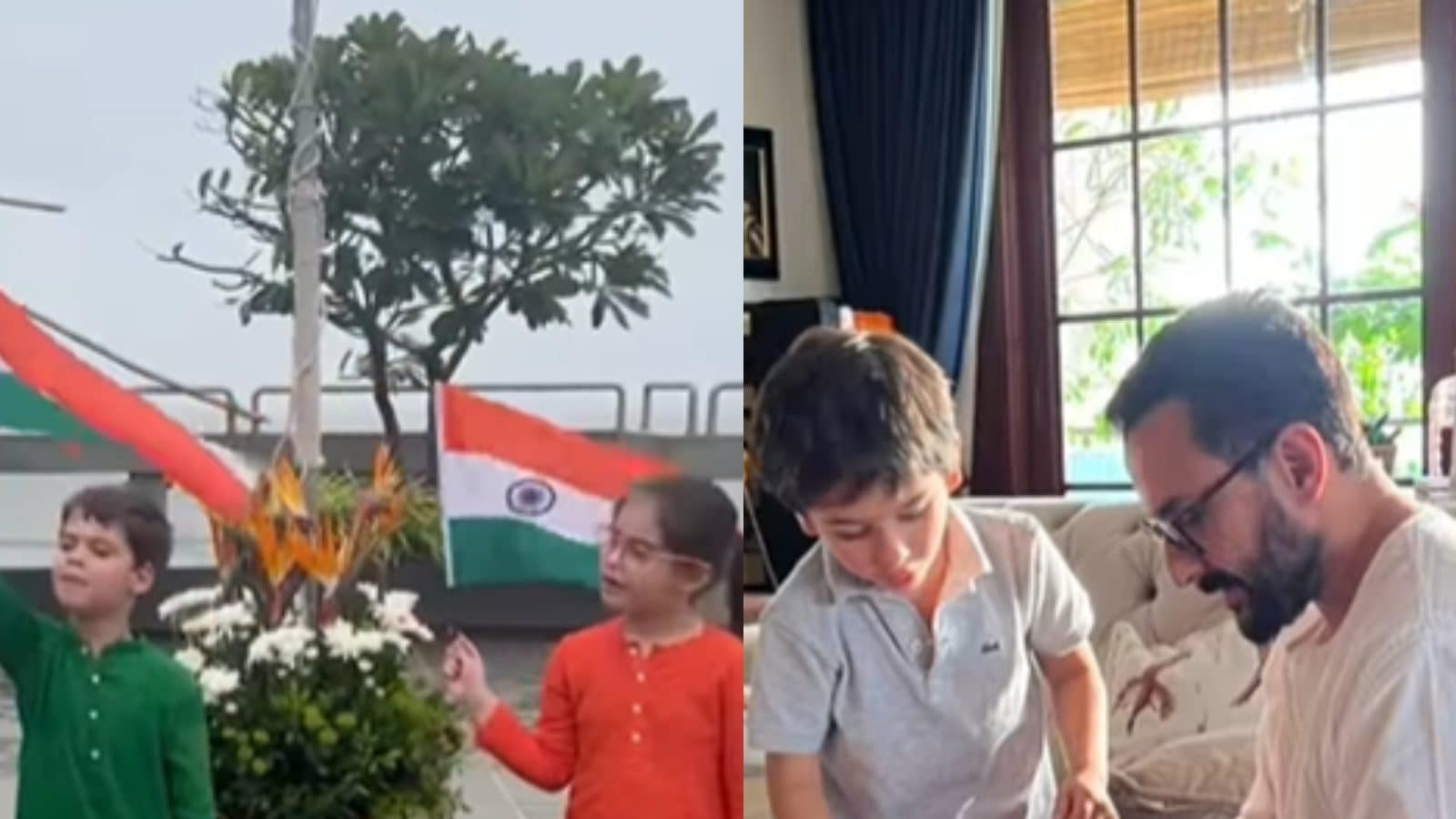 Taking to Instagram, Karan shared a video in which he showed his twins Roohi and Yash singing Hum Honge Kamyab with flags in their hands. Dressed in the colours of the tricolour, the twins adorably sang the patriotic sang while Karan filmed them. Sharing the video, Karan wrote, “The future of India rests in very stable hands – no one like the current generation to value, uphold and execute the freedom to the absolute fullest.”

“No one like the current generation to lead the by-gone generations into an India that shines brighter and soars higher than ever. After 75 years of independence, one knows that this is the new India and THEY are the new India…and you have to believe that it’s with them that lies the ultimate power of uniting the nation! To my Yash and Roohi, may you flourish in this new India and may you take this country to newer heights with everything you do and stand for. Hum honge kaamyaab,” he added.

On the other hand, Kareena revealed that her older son Taimur spent time with Saif, building a concert stage out of recycled paper. Saif nd Taimur converted a waste cardboard box into a concert stage and created rock band members using what appears to be waste paper and lego. The couple’s younger son Jeh also tried to help them.

Kareena shared the Instagram Reel set against the track Start Me Up by The Rolling Stones and wrote, “This #IndependenceDay, we tried to build… and build we did Tim’s first-ever rock band stage, made out of recycled paper Reuse, recycle, be free…”