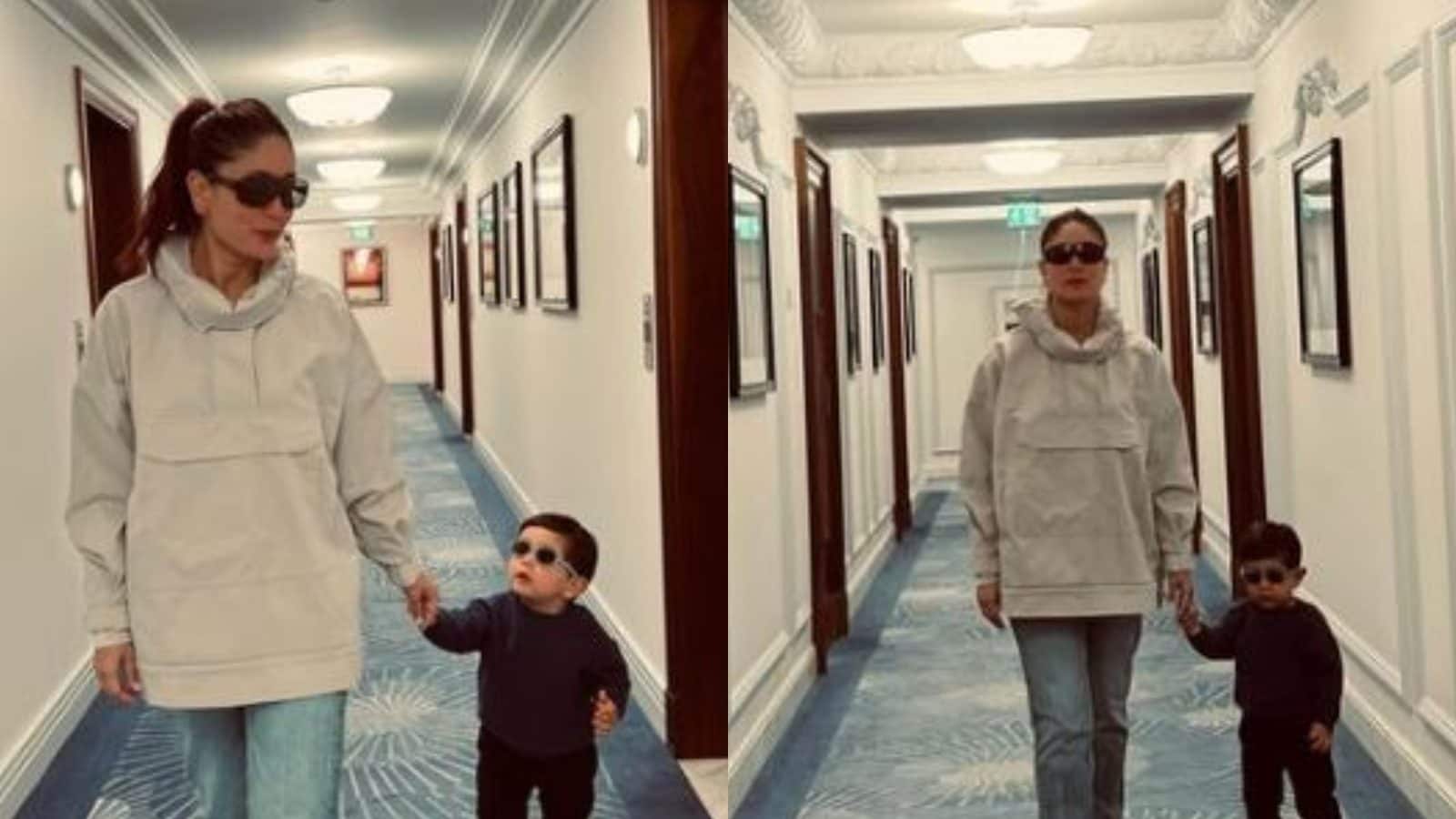 It is a known fact that Kareena Kapoor Khan is a true blue fashionista and a style icon. Now, her younger son, Jehangir Ali Khan is also following in her footsteps and showcasing some swag on camera. Don’t believe us? Take a look at Bebo’s latest Instagram post and you would know what we are talking about. The Bollywood diva took to Instagram to share a couple of photos with little Jeh and they are oh-so-adorable.

In the photos, Kareena can be seen holding Jeh’s hand as they pose in the corridor of a hotel. Jeh can be seen donning a full-black outfit and has paired it with black glasses. In the first photo, he looks at his mom curiously and in the second one, he strikes a pose holding Kareena’s hand. Sharing the photos, Bebo wrote, “Off to work with my Boy…❤️❤️but a quick Pose before we leave…⭐️❤️#Jeh baba#Kaam pe chalo..”

As soon as she uploaded the photos, several celebrities took to comment section to show love on the mother-son duo. Kareena’s sister Karisma Kapoor wrote, “My loves” while her sister-in-law Alia Bhatt called them “superstars.”

Kareena Kapoor Khan is currently in London to shoot for her next film with Hansal Mehta. The actress has been sharing several updates from the sets. A couple of days back, Kareena was seen posing in the forest despite the dropping temperatures. In the pictures, shared on Instagram, Kareena Kapoor was seen wearing a trench coat and covering her hands and head while the empty forest doubled up as a gorgeous background. She called the look ‘forest fashion.’ Her caption read, “Freezing in the Forest but must Pose for you guys… #Forest Fashion.”

Bebo’s current project with Hansal Mehta was announced last year. Taking to Instagram, producer Ekta posted a photo and captioned it: “It’s with immense happiness, pride & excitement that I’d like to welcome @kareenakapoorkhan on board as a producer for our next. Kareena has been an actor with a huge, admirable (almost envious) body of work… and while her male co-stars turned producers in due course, she’s finally joined the bandwagon now!”