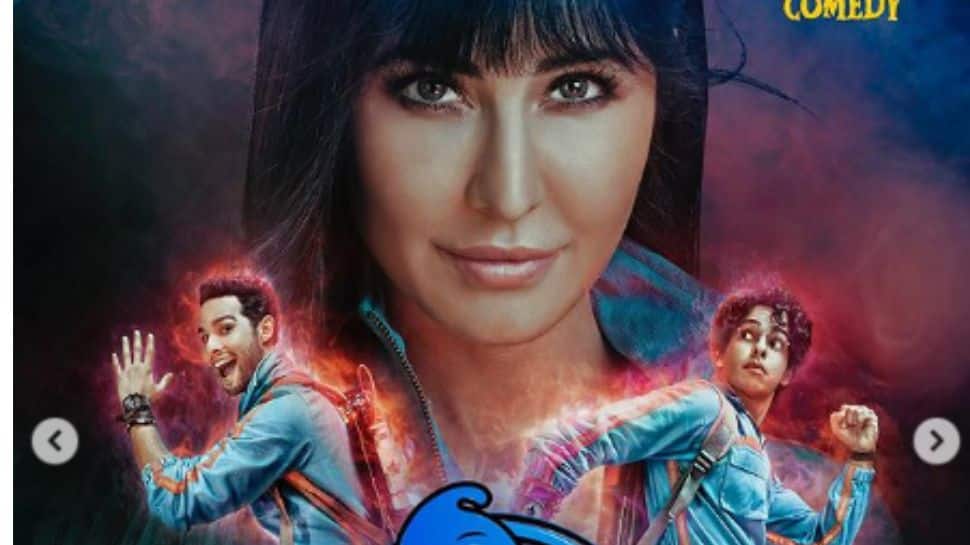 
Now the makers have also launched the teaser of the first song ‘Kinna Sona’ from the movie that will take the excitement level amongst the audience a notch higher. Interestingly, the peppy track was exclusively shown to the media and a few fans during the movie’s trailer launch event as a surprise.

Here is the teaser which was released by the makers:

The song has been composed and penned by Tanishk Bagchi and sung by Zahrah and Tanishk. Along with co-stars Ishaan and Siddhant, Katrina looks in a smoking hot avatar in the song, which was shot against the rustic background of a palace. The audience and Katrina’s fans will undoubtedly like the catchy lyrics and her sizzling on-screen persona.


Directed by Gurmmeet Singh and written by Ravi Shankaran and Jasvinder Singh Bath, Phone Bhoot is produced by Excel Entertainment, headed by Ritesh Sidhwani and Farhan Akhtar. The film is all set to be released on the 4th of November.