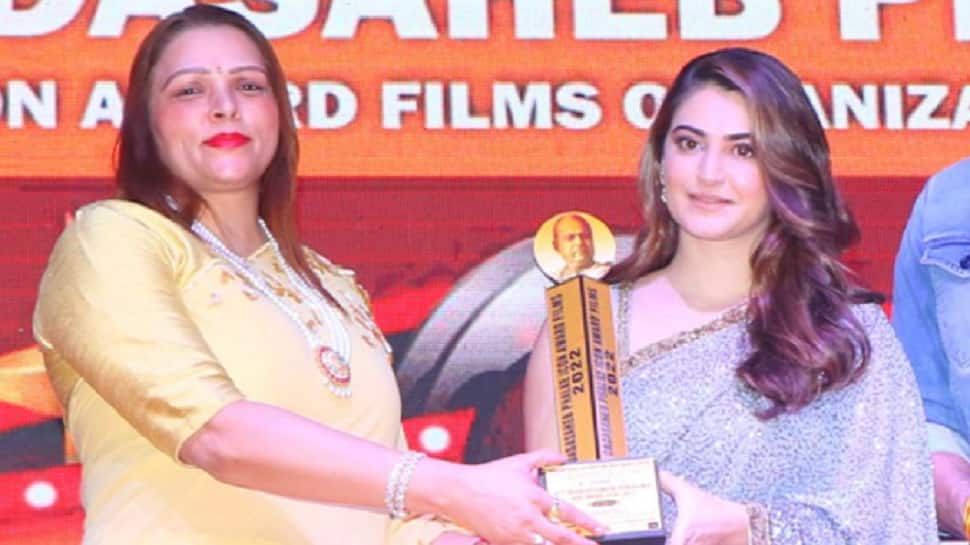 New Delhi: There is no dearth of talent in the country but the recognition of talent has been long awaited. Award functions and felicitation ceremonies are great opportunities to recognize talent and societal contribution.


Dadasaheb Phalke Iconic awards have long been at the top of the list of prestigious honours. This year’s award ceremony was recently organized in Mumbai film city and was attended by numerous Bollywood celebrities. Among them were television actor Sudhanshu Pandey, film actress Shivaleeka Oberoi, Shoaib Ibrahim, Dipika Kakkar, Rahul Dev, Shivangi Joshi, Anushka Sen, Simba Nagpal of Big Boss fame and many other big names from the tinsel town.

Entrepreneur and philanthropist Ms Nidarshna Gowani was the guest of honour at the event. She was thoroughly appreciated and honoured for her contribution to society. Her work to support and uplift the marginalized sections of society was also talked about. She handed over the awards to the winners. One of the winners was Shivaleeka Oberoi, who got the award for her performance in the movie Khuda Haafiz.

The prestigious event is held every year and brings together a multitude of talents from acting, direction, production, music, and other verticals of Bollywood.


It was a great event this year that saw several talents together on one stage and also people from other walks of society such as Ms Nidarshana Gowani. The gratitude speeches and the kind words said at the event will stay with the attendees for long. It also meant a lot for budding talents to be felicitated for their hard work and splendid performance.