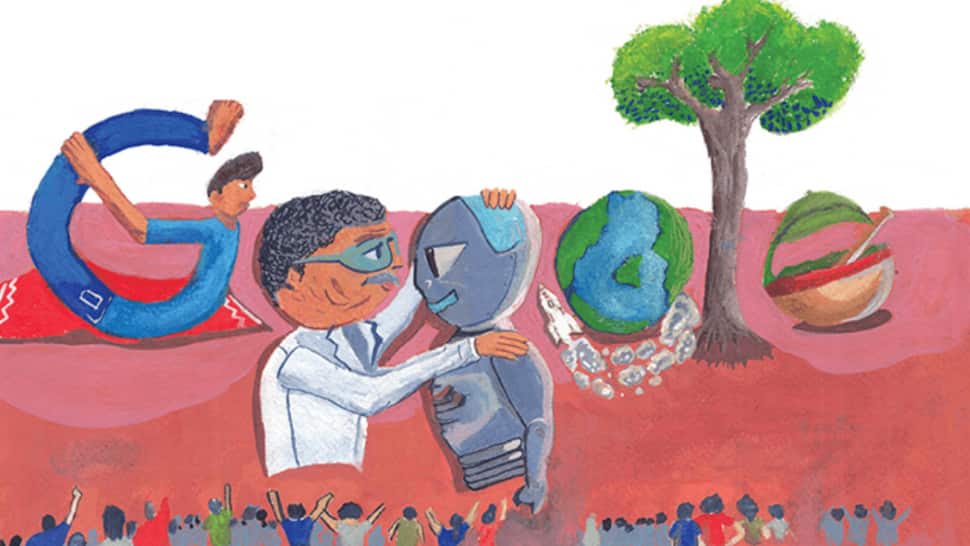 New Delhi: On the occasion of Children’s Day, Google on Monday (November 14, 2022) announced that Shlok Mukherjee from West Bengal’s Kolkata is the winner of the 2022 “Doodle for Google” competition in India. Shlok, a student of Delhi Public School in NewTown, Kolkata, doodled his hope for India’s scientific advancements to take center stage.


“In the next 25 years, my India will have scientists develop their own eco-friendly robot for humanity’s betterment. India will have regular intergalactical travels from Earth to space. India will develop more in the field of Yoga and Ayurveda, and will get stronger in coming years,” he wrote.


Shlok Mukherjee titled his Doodle “India on the center stage”

According to Google, this year’s contest received over 1,15,000 entries from children in classes 1 to 10 from over 100 cities across India, responding to the theme “In the next 25 years, my India will….”

“We were amazed by the creativity and imagination students brought to their entries and were especially heartened that the advancement of technology and sustainability emerge as common themes across many of the Doodles,” Google said.


They chose 20 finalists from across the nation after evaluating entries on the criteria of artistic merit, creativity, alignment with the contest theme, and uniqueness and novelty of approach.


The 20 finalist Doodles were showcased online for public voting.