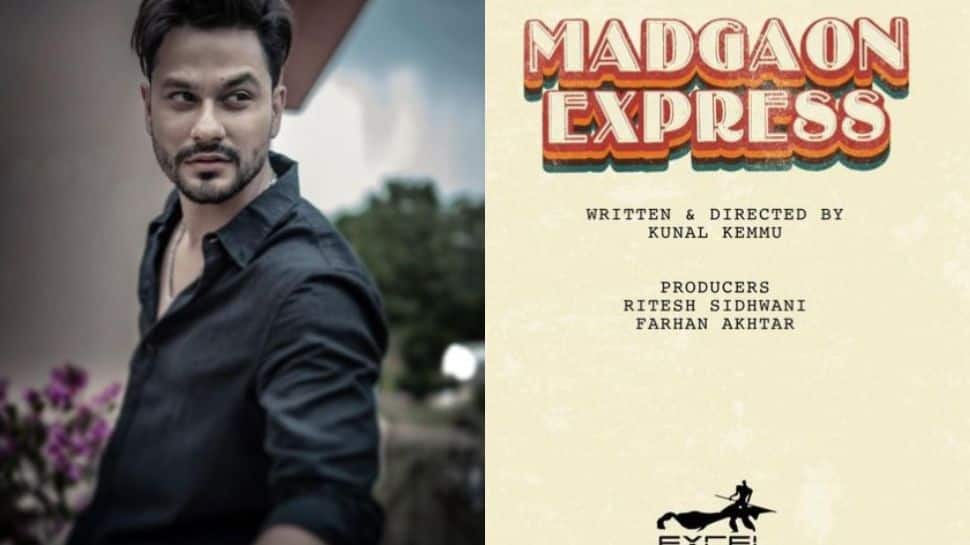 
Taking to Instagram, the `Dhol` actor shared a poster of the film which he captioned, “Ganpati Bappa Moriya! As all good things begin with his name I can`t think of a better day to share this with all of you. It started with a thought in my head, which grew into a dream which flowed out through my fingers into words on my laptop, and now it is becoming a reality on its way to the silver screen. A big thank you to @ritesh_sid @faroutakhtar and @roo_cha at @excelmovies for believing in my script and my vision and partnering with me on this exciting journey in the world of cinema. With folded hands and a bowed head, I seek all of your blessings and the blessings of Ganpati Bappa. Introducing “Madgaon Express”.#Madgaonexpress..”

Produced by Farhan Akhtar and Ritesh Sidhwani, the official announcement of the star cast of the film is still awaited. Soon after Kunal shared the news of his directorial debut, b-town celebs wished the actor on his new journey as a director.


Meanwhile, Kunal was last seen in a comedy film `Lootcase` which streamed exclusively on Disney+ Hotstar and gathered decent responses from the audience. He will be next seen in Amazon Prime Video`s upcoming web series `Gulkanda Tales` alongside Pankaj Tripathi and Patralekhaa. The official release date of the film is still awaited.