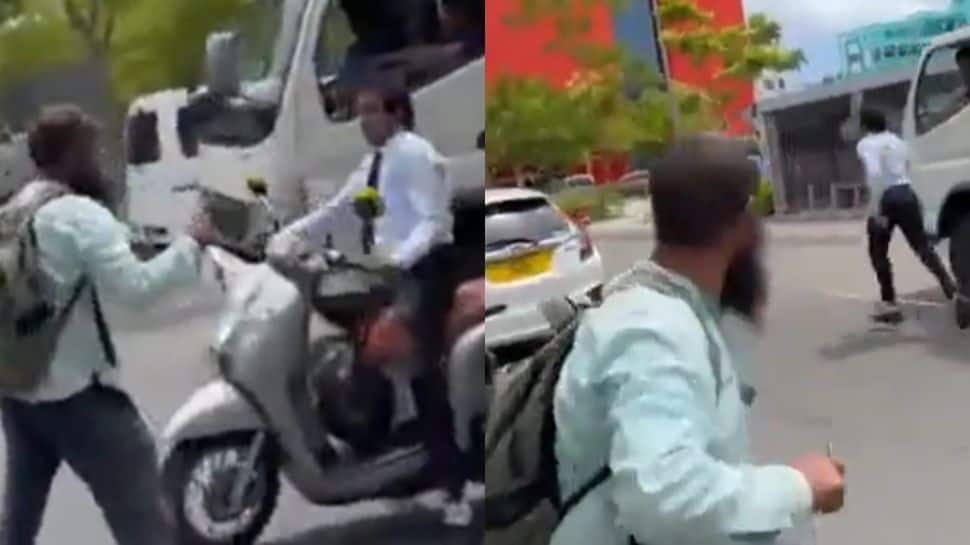 New Delhi: The Maldivian Minister Ali Solih was stabbed on Monday afternoon by a knife-wielding individual in Hulhumale, north of capital Male. He sustained injuries on his left arm.


The attacker was arrested soon after the violent incident.


Solih is the Minister of State for Environment, Climate Change and Technology. He is also the spokesperson of the Jumhooree Party (JP), which is a coalition partner of the ruling Maldivian Democratic Party (MDP) of President Ibrahim Solih.


According to The Times of Addu, Solih was attacked while he was riding his motorcycle on a road in Hulhumale. Maldivian media reported that the perpetrator recited some verses of the Quran before launching the attack on Solih`s neck from behind. The knife missed the neck but slit part of his left arm.


Solih got off the motorcycle and ran away to save himself from the attacker. He is being treated at the Hulhumale Hospital.

Maldives, an archipelago in the Indian Ocean, was in the news in May 2021 after former president Mohamed Nasheed was critically attacked through a bomb blast outside his home in capital Male.


The explosive device had been planted on a bike parked near Nasheed`s car. After providing critical care to Nasheed, he was airlifted to Germany for months of treatment.


Maldives is facing a threat from rising Islamic radicalism as well as recruitment for global militant organisations.


The current government, headed by President Solih along with Speaker Nasheed, is known to be democratic and liberal in its approach towards governance and social norms. The MDP has been running a prolonged battle against the growth of radical tendencies in the Indian Ocean nation with international support.