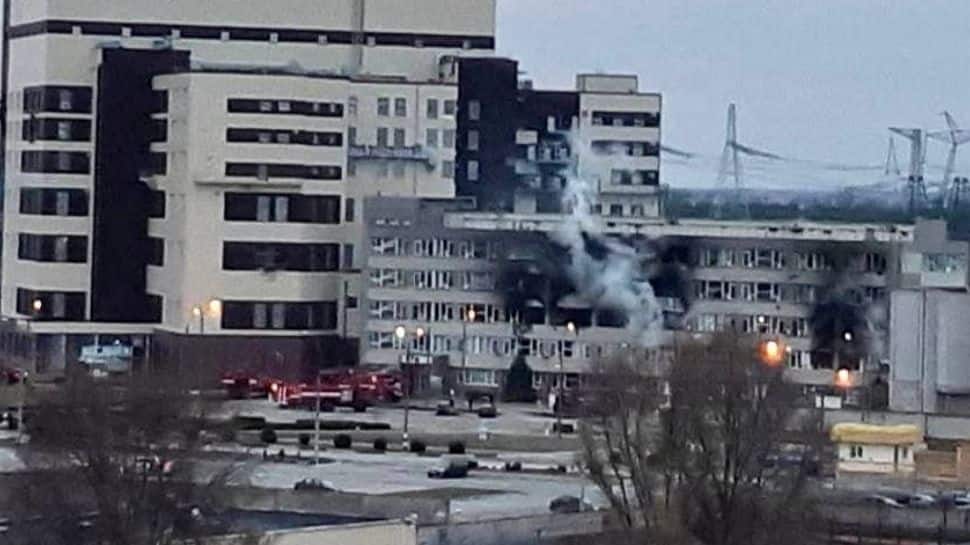 A man, who reportedly tried to loot stores in Kyiv, amid a Russian attack was tied to a lamppost, with his pants pulled down, as a punishment. The photos show the man taped around the pole at an AMIC petrol station with his trousers pulled down to his knees.

With Russia declaring war on Ukraine, several instances of lawlessness have been reported across the country. There have been reports of looting in areas across Ukraine since the invasion began, with criminals targeting supermarkets, petrol stations, and banks.

One of the other pictures from the scene shows a man talking to the looter who is strapped to the poll. This is Ukrainians’ chosen way to humiliate and punish a man who has tried to commit theft in a country already ravaged by war.

While reports of crime across the nation have been registered, several others have faced similar punishments across Ukraine, as per news reports. According to a report in Spectator an alleged looter had his wrists tied with cable and attached to a utility pole, with his underwear pulled down around his ankles.

Meanwhile, Russian troops have been advancing toward the capital, Kyiv, but it continues to face pressure from Ukrainian forces around the nearby towns of Hostomel, Bucha, Vorzel, and Irpin, the UK Defense Ministry said in an intelligence update released late Monday. In addition, a lengthy Russian column remains stuck on the road north of Kyiv.

Defense Secretary Ben Wallace said Russian forces are becoming more and more desperate in the face of such military and supply holdups, leading to “indiscriminate shelling” of civilians. “We’ve also recognized that probably the biggest single casualties, so far in the war, are Russian military soldiers who have been let down by appalling leaders, appalling leadership, and appalling plans. And now you see them, literally, at large scales dying,” Defence Secretary Ben Wallace said.