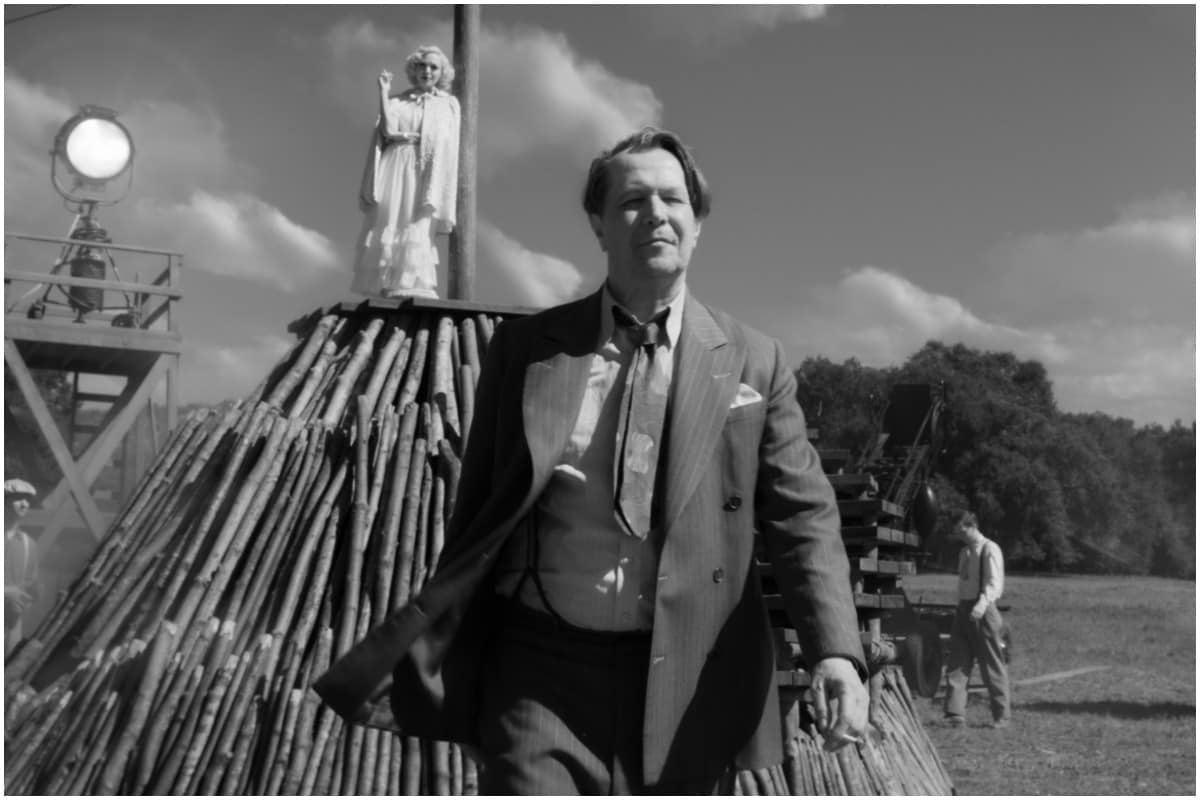 David Fincher – known for his psychological thrillers like Zodiac, Gone Girl and Panic Room, apart from The Curious Case of Benjamin Button outside this genre – directs this time an extremely nostalgic film, Mank. About a 1930s Hollywood living in the frightening times of World War II and the debilitating depression, Fincher’s creation from a screenplay by his father, Jack (written a long time ago) is a back-and-forth narration of a tinsel town gingerly stepping from a world of silent cinema into one of cacophonous sounds. In a way, Mank reminded me of Quentin Tarantino’s Once Upon a Time In Hollywood, which though touted as a story of Roman Polanski’s wife Sharon Tate, was mostly about the coming of television and the jitters it caused to theatres.

Coincidentally, the cinema industry today is in disarray as well, given the destructive Coronavirus pandemic. Hundreds of men and women working in showbiz have lost their livelihoods, and in Mank, we see Louis Mayer (played by Arliss Howard) of MGM pleading with his employees to take a pay cut. I do not want to lay off any one of you, he says, and offers to restore their full salaries in eight weeks. It will pass in no time, he adds to cheering workers.

Things are not as easy or simple today, but, well, Mank actually is about how Herman J. Mankiewicz aka Mank (Gary Oldman) wrote the script for a movie that is considered the ultimate in cinema – Citizen Kane. Helmed by Orson Welles (Tom Burke gets just a cameo), it is even today a Bible of sorts for writers and directors. However, despite several Oscar nominations, it won just a single trophy, Best Original Screenplay that was shared by Mank and Welles.

A true ode to a Hollywood that once was with gigantic studios and their heads, who were truly mughuls of cinema, Mank, now streaming on Netflix, is almost art in black and white, and its story nudges us towards a tight deadline which Mank is given to write Citizen Kane. With his leg in plaster after an automobile accident and battling a drinking problem, Mank dictates the script to his secretary, Rita Alexander (Lilly Collins) – and she has a hell-of-a-time getting the writer to stay off booze and, well, write!

This is the crux of the plot which is enriched by a whole lot of Hollywood happenings – bickering, denial of credits to writers (don’t we know that in India) and rivalries between studios. Interspersed into all this is the keenly fought American presidential elections (Mank gets one more point here having opened at a time when we saw the big fight between Biden and Trump).

Attractively photographed and impressively mounted, Mank also stands out for Oldman’s brilliant piece of performance. He is entirely convincing, and his callous arrogance costs him just about everything. He is irreverent to the core, and so damn undisciplined. Would anyone, anyone tolerate this today? Hollywood was actually kind to him.

However, Mank will appeal only to a niche set of viewers; those who have some idea who Mayer was or, for instance, Irving Thalberg. And very, very few would have even heard of Mank.